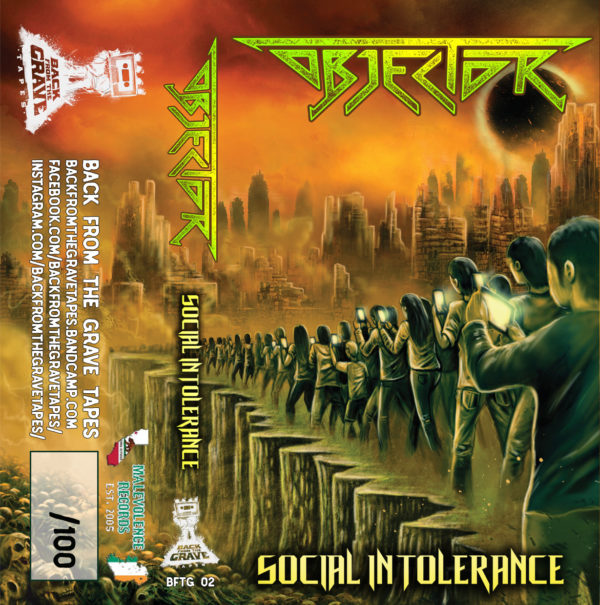 After only 1 demo released in 2013, five years later the debut full-length was released titled “Social Intolerance”. Apparently they more focused on their live-reputation which was undoubted the reason of their small discography since their start in 2007. These Belgians play Thrash in the old school style, where bands such as Kreator, Megadeth, Slayer and Death Angel come to mind. Nothing fancy or so, just straight ahead Thrash the way it should be. The song structures are written very well, the drums are audible very well in the mix (the best instrument on this release according to me) and the guitars sound promising.

But all that glitter is not gold, cause personally I would love to hear more furious and harsh vocals by this kind of music and sometimes I miss some depth in certain tracks. But as stated, that’s more a personal thing, cause when the riffs blow out of the speaker, I can’t hold my head still cause I surf on the waves of their strings, drums and energy. I hope I can catch them soon on a live performance, cause that’s apparently the place where they put their money where their mouth is. A more than average Thrash album. (Fredde)