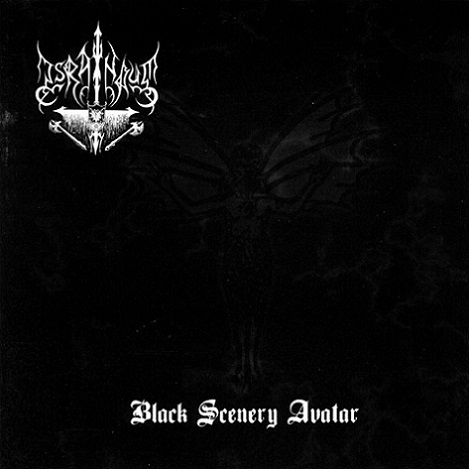 The band Israthoum has an history of moving between countries and changing monikers. Started in 1992 in the warm climate of Portugal under the banner of Grendel, the band thought moving to The Netherlands and Luxembourg would be a better idea and changed the bandname into Geryous to chant their Satanic verses. Let’s call 1998 the official rise of Israthoum! “Black Scenery Avatar” was released by S.A.R.S. in 2004 and rereleased by Merciless Records in 2006.

The bandmembers are members or ex members of bands like Warlust, Sabbatical Goat and Perditor. As you can see, no rookies here. The black metal played by Israthoum is a bit melodic with quite some variation due the riffs and keyboards which give some Nordic influences (think of old Emperor and Satyricon) but also Liar of Golgotha (ex members were in Liar of Golgotha as well, maybe that will explain the influence) is present. One can conclude this is more in the melodic mid 1990’s vein than the more mellow and keyboard driven style. Israthoum use the keyboard to create a certain atmosphere and have chosen to let the riffs do the talking. Melodic yet aggressive. (Ricardo)