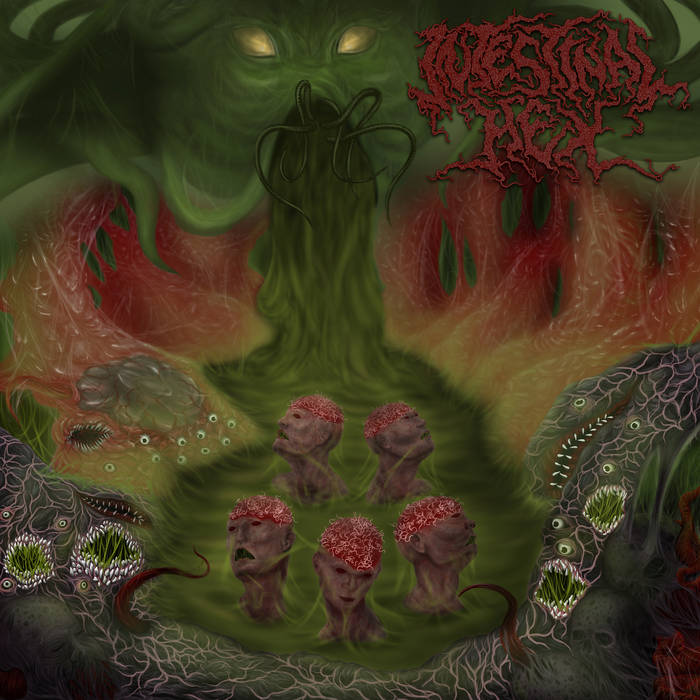 Active in other projects as either guitarist, bass, or running drum prog, Daniel Bonofiglio invested into solo project Intestinal Hex; skipping the demos and EPs & straight giving us fire with debut release, LP titled “The Exalted Chambers of Abhorrence”. Hearing his other current engagements, Infernal Infestation carries a more death/thrash tone, Grotesque Mass is solely Death/ Grind, & Fumes has Doom/ Death tinged with technical arrangement; point being, this album stands on its own.

Artwork by Rotting Head, what pops is the five heads centered in a viscous, miry liquid, descending down from a waterfall with a pair of eyes and tentacles above it, a mix of Cthulhu meets Predator because of the thermal color scheme trunks; overall a bad acid trip illustrated.

Culminating track “Defiled Birth”, marks first appearance of those lively solos, feeling you’re in a spaceship about to lift off into a terrestrial abyss. “Collisions of The Innocent”, has some thrash portions, blasting from the dr prog, and amplifying the guitar solos on this particular tune.