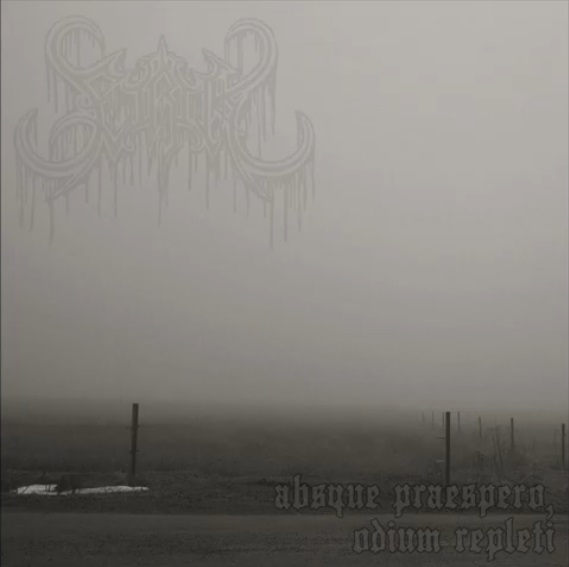 United Arab Emirates, not quite a region which pops in my top-10 of countries concerning as origin of a Black Metal band or project. Some zines and reviewers are positive immediately, as they consider it as ballzy to create the devil’s music in a country where they have the death penalty for such musical activities or as it is not common, it should be supported not matter what. I’m not one of them, as I consider quality based on my own standards, the hypocrite bastard that I am, to be more important than the aforementioned reasons, although it is ballzy of course.

On the debut “Absque Praespero, Odium Repleti” Eirik delivers mournful Black Metal with occasional hints of the Depressive subgenre, think of Xasthur and Coldworld. Although the vocals are more distorted than usual, putting the “Depressive Black Metal” tag on this album would be too blunt, as there are cold melodies and leads which can be considered more traditional Black Metal. Well, I think you have a picture of the cold & mournful Black Metal with both melodic and depressive parts, it is not a bad album at all but my attention drifts away for a bit throughout the album. (Ricardo)