Druid Lord – “That was the whole idea. Keep the album dark and heavy.” 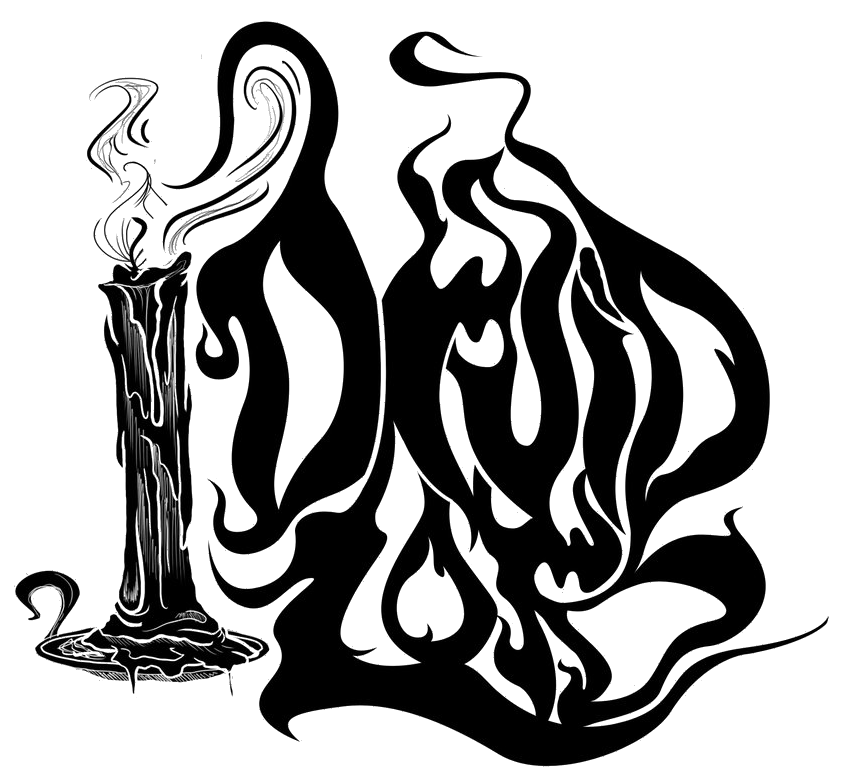 Hell yeah man. We appreciate it. We did a lot of 7″eps,  a split CD with Kaiju, so that kept us busy until 2013 but then we had some lineup issues. Our drummer Stephen quit the band after already helping arrange three new songs. We found our current drummer Elden Santos here in the Orlando Scene playing in  Orlando bands. He was into our doom style and we asked him to join. We then finished writing the album but then had to record the bloody thing. Some other things happened as our guitar player Ben was involved in an accident. Overall these things made us a much stronger band and we are now ready to tear it up.

The album is also about 20 minutes longer than the previous. Did you expect to have that much more material?

No not really. The songs just progressed in a way that they became much longer. We wanted to let the music breath and let the listener really get into the riffs and music. It was just the way the songs happened to come  out. Even in the end we were like “damn these are longer songs” but overall our friends and fans have been really into. We’ve already played a lot of these tracks live and they went over great. I feel this album has just a dark overtone to it. Much more that our debut album. 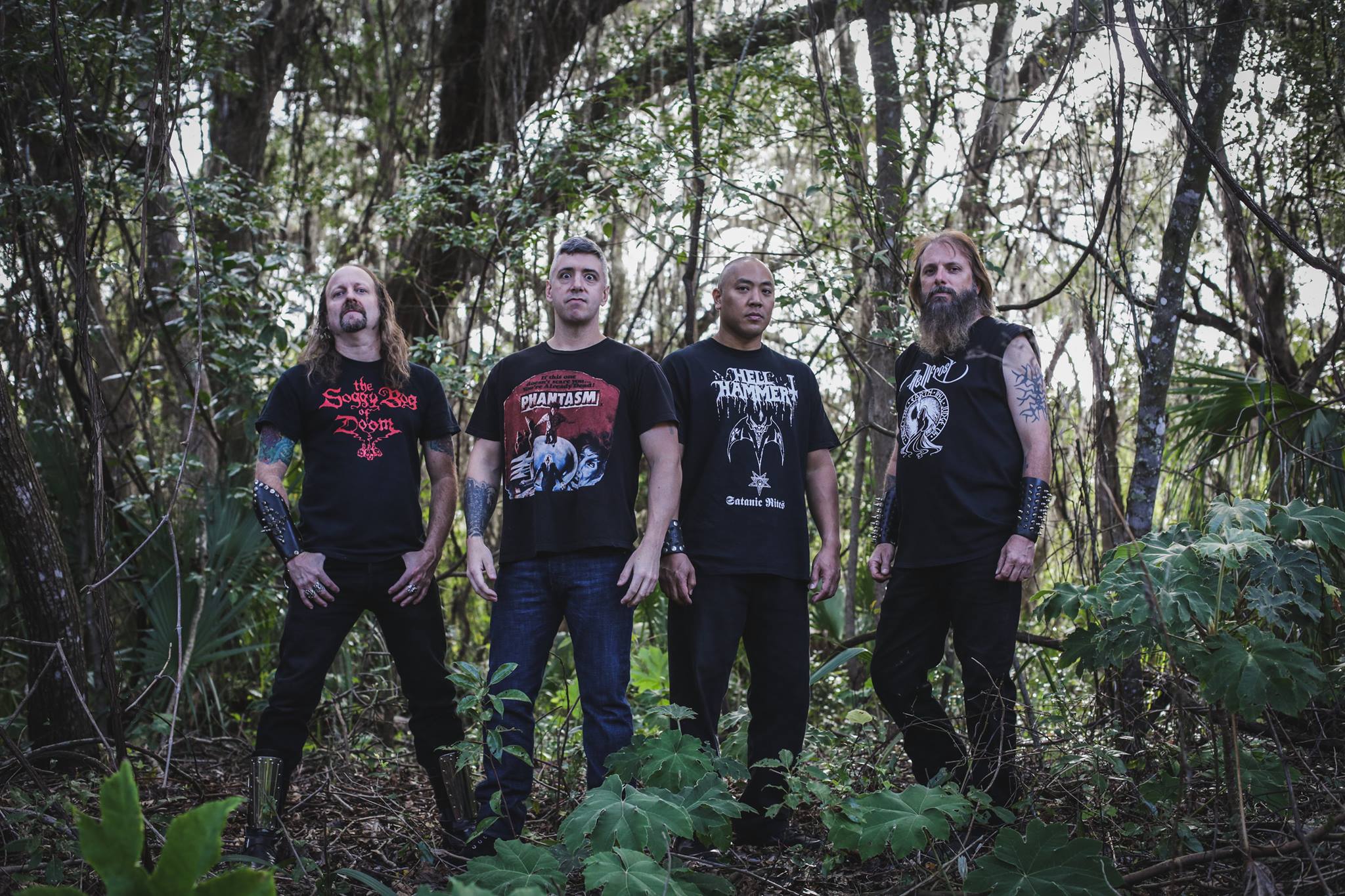 How went the recording session? Could you tell us some details about it? The production fits the songs perfectly by the way.
We knew it just had to be HEAVY. We recorded all the instruments…guitars, drums, bass, vocals at  Tony Blakk’s (our vocalist/bassist) home studio (Blackk Magik). My bud Lasse from Hooded Menace told me about this guy who mixed and mastered all the Hooded Menace stuff in Finland. So we sent Mikko all the tracks and he worked on them for a few months. I wanted the guitars dirty sounding and not all clean and polished. Overall it worked out well. We had some difficulties since we are in FL and Mikko in Finland and it took longer than expected but we got it done.

Are you satisfied with the works of Hell’s Headbangers so far?
For sure, Hells Headbangers are one of the leading underground labels. I wanted to sign with them back when Druid Lord first started,  but they had a busy schedule with their releases. We finally got in touch with HHR again and they said yes. I’m very pleased with our working relationship…not to mention they put out damn great bands!!!

This time the coverart was done by Daniel Corcuera. Can you tell us something about the concept? Why did you decide to work with him?

Daniel has always been one of my favourite artists. In fact I wanted to work with him years ago in my prior band Equinox but he’s been very busy doing artwork, playing in his bands, and tatooing. I mentioned a few years back about doing a DL album and he was into it. Finally his schedule opened up and we made the deal. I had the album title “Grotesque Offering” already planned but didn’t have a concept originally. We both threw around some different ideas then i finally saw the concept in my head. The idea of the artwork comes from a ceremony where dark occult like hooded figures are involved in bringing back their dead King. The skeletal knight is kneeling in front of the throne with an offering (gobet) that will restore the dead king to his former evil self. Daniel also did the inside and back cover artwork.  Those came from his ideas. We were stoked to work with him. He did an amazing job. 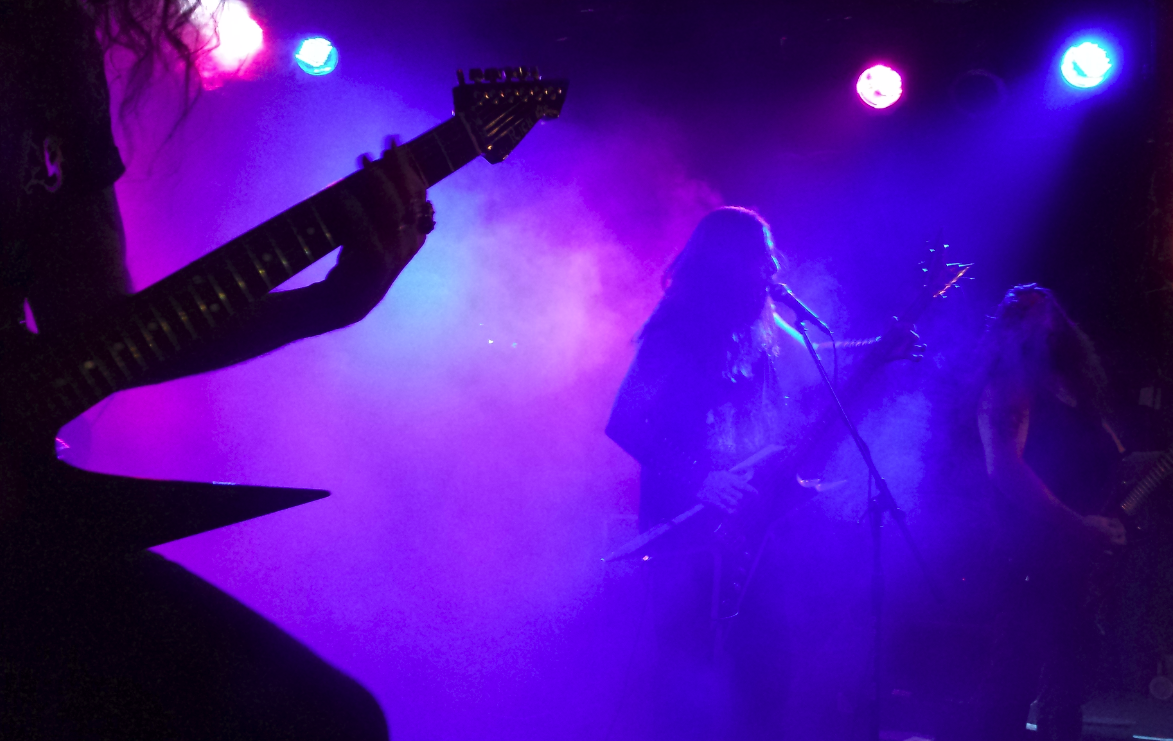 I think the atmosphere is even darker, without losing the catchiness I like about Druid Lord. Great leads are incorporated as well. How are your opinions about it?
That was the whole idea. Keep the album dark and heavy. The guitar solos had to be haunting and work with the riffs. Everything  just twists and turns to take the listener on a musical journey into our world of horror. That’s our thing. I knew it was a bit of a departure style wise from our 1st album but we still have some fast parts. I want people to feel the music in every note. I hope that people will read the lyrics when listening and hear the voice inflection that Tony uses. of course we still have the DL hooks and people like about the band.

What are the plans for the upcoming months? Any shows in Europe maybe?
We have our CD release gig this Jan 26th here in Orlando FL. Working on booking shows and possible tour. I really want to get over to Europe as well. Big goals for 2018.

Thank you for participating to the interview. Is there something you want to tell  our readers? Your last words:
Thanks Damiano for the interview. We appreciate the support. The album will be released on the Hells Headbangers label internationally this month on CD/Tape/LP. Check out www.druidlord.com for merch. See you on the road get ready for our doom drenching foul ways.