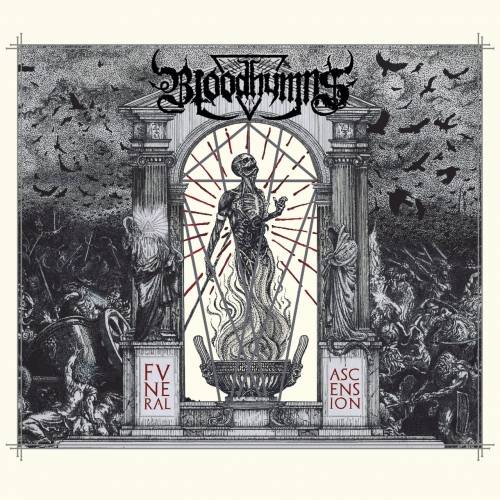 Named after the Necrophobic release of 2002, the artists behind Necrophobic have some experience with bands like Daemoni, Horncrowned, Divine Profanity and The Satan’s Scourge among others, all in the realm of Black and Death Metal. With Bloodhymns they tried to combine the best both worlds into a hybrid of evil and blasphemy.

It is fair to say their inspiration comes from Scandinavia and Sweden in particular. Sure, the Necrophobic link is quite there, but also late Naglfar and Watain influences will meet your ear. The album as a whole sounds mature and very well written, good melodies and ditto riffs, although there are a lot of musical ideas in a couple of songs, especially when they already have a great main riff, for example the song “Eschatologist”. At the end “Funeral Ascension” is a good album but if they master the craft of “less is more”, than I’m very positive we will hear a lot more of Bloodhymns. (Ricardo)