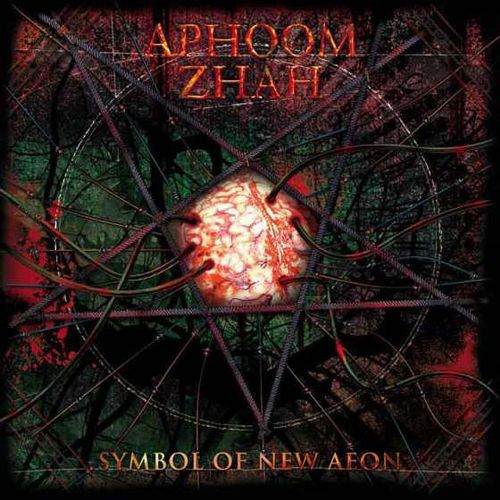 Even though I’ve only just discovered this album, I’ve decided to stick ‘Symbol of New Aeon’ in as a classick review seeing as it was released over twelve months ago – in November 2005. ‘SoNA’ is the debut album from two-man Belarusian band Aphoom Zhah (a third member has reputedly been institutionalised following a psychotic meltdown – cool!) and comprises tracks from 2001 and 2002 which were rerecorded in ‘05 and released by busy local label Possession Productions.

It’s packaged along with an eight-page colour booklet, complete with Satan-worshipping lyrics in (broken) English – all in keeping with the true black metal way. Foreboding stormscapes and church bells announce the arrival of a brief and sometimes interesting seven-track collection while the raw punky sentiment of ‘Crystal-clear Satanic Hate’ is made all the more noticeable by its fevered introduction: “The time will come when you will hear the call”.

Stand-out ode ‘Cold Kiss of Autumn’ is a veritable zombiefest beginning with that much-used classic quote from Dawn of the Dead (you know the one…) and winding down with more nightmarish samples from that same movie (I think). This one crawls along ominously, depositing shed skin and lobbed-off limbs along the way. ‘Into the Crystal Lap of Paradise’ is Sodom on Meth and proceedings close on a neat ambient note. (GeraldR)