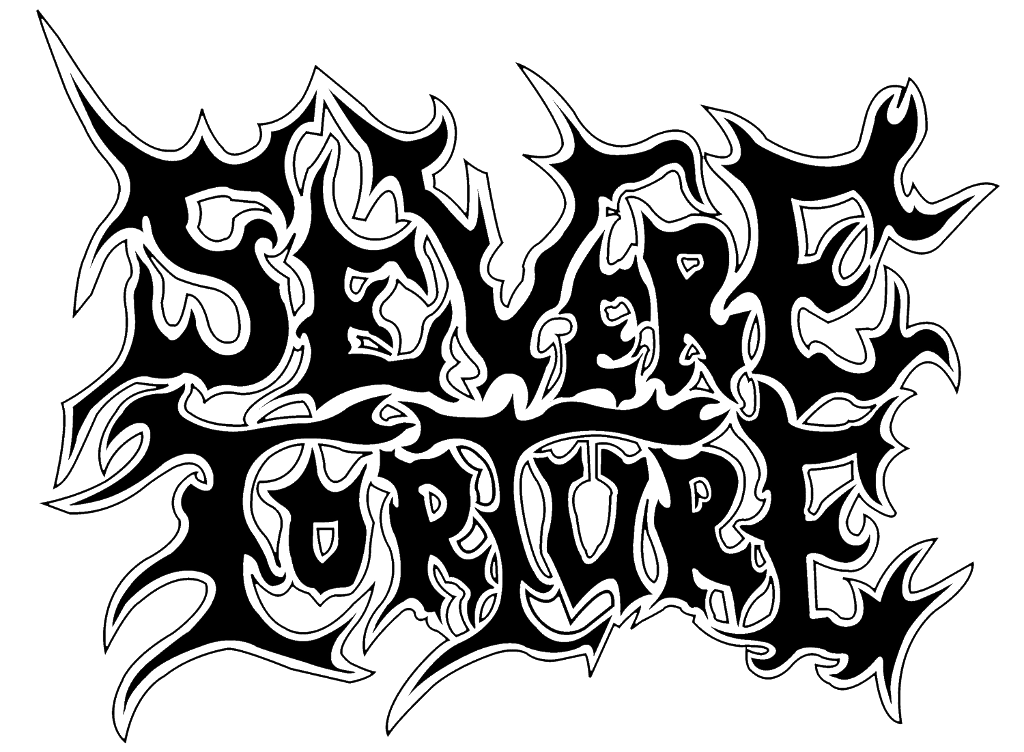 Severe Torture’s back in town! After a terrifying silence this Dutch Death Metal outfit is back with a new deal and a new label! “Fall Of The Despised” is the title of their third album and it’s definitely Severe Torture’ s best and most balanced album so far, one that will bring more international recognition for the band for sure. I hooked up with Thijs again for a little chat…

I heard and read that you all weren’t that positive about the live album “Bloodletting”, your last release on Hammerheart/Karmageddon, basically because it had a sort of ‘hidden agenda’. Can you tell us some more about this?
Well, we wanted to break the contract with Hammerheart and they insisted that we delivered them one last release. We played a show in Denmark that period which got recorded by Tue Madsen and there was our final release. To make it more interesting for our fans (we realize that a live album after only 2 full-lengths is a bit early) we recorded a Pestilence cover and we added our 1998 demo. Anyway, it was a necessary release and it got us were we are now so we don’t regret it or anything.

What big differences do you take notice of, comparing Earache to former Hammerheart? Do you have a good idea of the promotion and distribution of your new album and such?
We are still in the first month after the release so it’s hard for me to tell much about those differences. We get a lot of interviews and we receive a lot of reviews. Again time will tell I guess.

So let’s go to this new and third album, carrying the title “Fall of the Despised”. Why exactly was the album baptized this way? Comparing your other album titles, this one sounds less gory and more mature…

More mature is the right word I think… We made a list with cool titles and ‘Fall of the Despised’ was the coolest and fitted the lyrics and our vision the most. It sounds really dark and we despise a lot and to see that go down feels even better. But don’t worry; our lyrics are still bloody as hell!

It’s out now for roughly a month. How have the reactions been so far? A lot of positive reaction if reckon, especially concerning the broadening of your style…
Except for 2 reviews in a punk and a hardcore ‘zine all the reviews were great this far!  I think that we made our music more interesting for a bigger metal audience and hopefully this shows off in the reviews too. 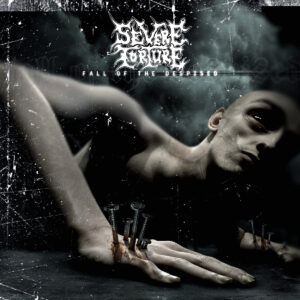 The art work has gone a new, more professional direction. More graphical and less drawing. Was this an idea from Earache, as you used to work with another artist (Joe Malone)? Was can you tell about the art work and how it relates to the music on “Fall Of The Despised”?
No, this was no idea from Earache. We originally had the artwork done again by Joe Malone and his piece of art was very brutal and bloody again but after staring at it for a month we realized that if we would use this for the album the artwork wasn’t moving ahead together with our music. We still have that design and we will use it for merchandising but for the album we decided to give it a try with Bjoern / Killustrations (who also did the last Aborted). We really like his work and he managed to create what we had in mind with our title. The person on the cover stands for all that we despise and he has fallen and is getting nailed to the ground…..

For this album you also went to a different studio, namely the Excess Studios in Rotterdam. Can you tell us more about this, why you chose this studio and how the recording went?
We recorded our first 2 albums at Frankys Recording Kitchen and this time we wanted to try something different and we wanted to use Protools. Our other guitar player Marvin had recorded some albums with other bands in Excess and was really satisfied about that studio. We first mixed our live album there to check it out and after that we booked it for the new album. The recordings went really well, of course some ups and downs but overall it went smooth. We also mixed it there and are really satisfied with the result!

Your music has evolved quite a bit, if you’d ask me, and only for the better! The songs on your third album sound way more diverse, make use of more influences and in general shows more structured songs and well thought out ideas. Plus the vocals are more varied as Dennis is throwing around different gurgles. How do you look upon this? Did this come natural or was this more a consciously chosen path?
We knew that we wanted to make the songs more interesting and somehow it all came pretty naturally. We tried to create a better contrast between slow and fast and for the first time we put more time in working out leads and double guitar parts. Dennis also grew a lot the last few years and this is the result!

I ask you this because, despite I thought “Misanthropic Carnage” was a very good album, I thought the songs were less ‘catchy’ than on “Feasting On Blood”. But now, due to the wide variety in death metal layers, the songs remain in your brain more easily. You agree?
I understand what you mean. With Feasting we made a very enthusiastic debut album with songs that were written in a period of 3 years. After touring for that album we started writing for Misanthropic and we agreed to make one the most brutal albums from Holland ever. We wrote it in like 6 months and recorded it immediately because we had a US tour planned and we had to record that album before that tour to be in time to release the album before our next Euro tour with Cannibal Corpse. Maybe the album sounds a bit hurried up, I don’t know what it is exactly but I do like the album.

Are your musical influences still the same as when you recorded your “Baptized…” demo or are more or different influences important for Severe Torture’s music?
Back then we were much more narrow-minded about music as we are right now! I guess it’s because we‘re getting older but also we started to realize that it isn’t the speed or the blast beats that make music good. We still listen to all kinds of extreme metal and most of our influences are coming from that music but we do get some of our ideas by listening to other music styles.

How is the contributing of Marvin to the band’s song writing? I mean, this is the first time he wrote along with you guys. Is he perhaps mostly responsible for bringing in new elements?
He brought in a lot of new elements because he comes from a more thrash background. For us it was really fresh to write songs with someone new and besides that Marvin brought in a shitload of cool riffs!

I think it’s clear that Severe Torture is a band that wants to be on stage, right? I think that, leaving the past for what it is, all things now have got you pumped up for some live shows. Not much is planned yet, but do you look forward to playing live (a lot) again?
Yep, playing live is the best thing of being in a band! We are really looking forward to play the news stuff live. We already did some shows were we played 4 new songs live and it feels great! This year we have only one show left but next year will be busy! We’re already confirmed for some summer festivals and most likely will do a tour in march/april which consists of 45 shows all over Europe! Plans for going to the US are being made when we speak so things are looking good for the future!

Luck hasn’t been on your side lately, with all those cancelled tours. I bet that wasn’t working out for you optimism and enthusiasm. Did this have big impact in the Severe Torture camp concerning motivation and such?
Well, it certainly made us mad sometimes because a canceled tour also means that you lost a lot of time only preparing for a tour. When the tour gets canceled you have to start all over again. It sucks that people promise you things and when they realize that they can’t make it happen they still keep it quiet for a month or so and when it’s already to late to change the situation they suddenly pull the plug and you will have to start all over again.

But now, a new label, a new album and probably more live shows, am I right? Can you tell us some more about this? Is earache helping out good with this?
Earache is doing their best to get us on tours and we noticed that it really helps to have a label like Earache behind us.

You’ve already told a little bit, but can you tell us more about the Severe Torture plans concerning promotion and live shows, festivals, tours, etc?
We’re probably going to do a video in December, especially for the US release. We will do a 45-day tour in Europe in march/april and we are confirmed for Party San Open Air, Kaltenbach Open Air and a US Metal Fest already. More will come and we are also working on a US tour for 2006.

Ok, that’s it for now. Thanks for taking the time and as you know, the last thoughts of wisdom are yours…
Well, don’t think that we changed that much, we’re still a brutal death metal band and we will show that on the road! Cheers and thanks for your time!