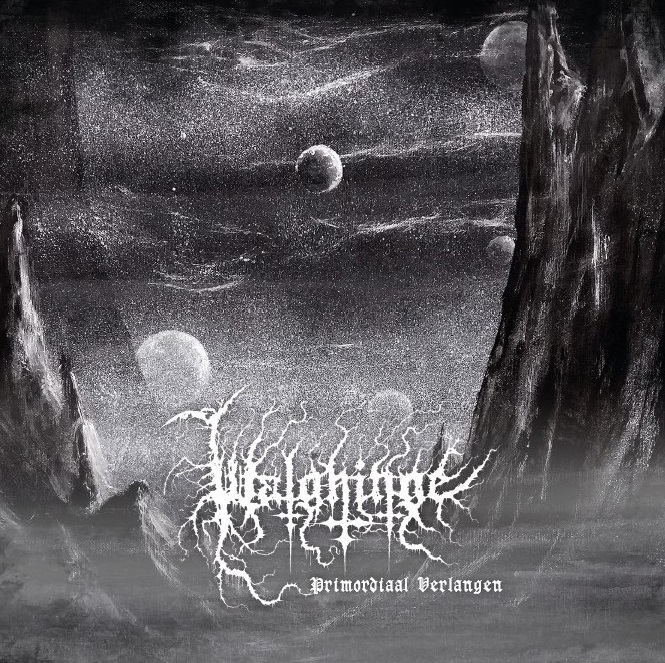 That Belgian Black Metal is on the rise should be obvious. Our loyal readers have seen several highlights pass by in recent months/years, we were treated to fantastic releases by bands such as Perverted Ceremony, Moenen Of Xezbeth, Forbidden Temple, Oerheks and Aerdryk. However, in all this violence of our southern neighbours’ booming scene, there are also casualties. It seems that Walghinge, one of my favourites from the Belgian scene, is one of them. They are criminally overlooked. Still, the demo tape ”t Bloed Kruipt’ (2018) and especially the amazing ‘Afgrondschemering’ 7″ EP were more than worthwhile.

The fairly standard Black Metal, with a clear penchant for Scandinavian black arts, on this first full-length album is again superbly executed, as on the previous two smaller releases. The pace is generally rather high and melodies are masterfully woven through the rather simple yet catchy riffs, giving the whole thing a rousing character that you as a listener are sucked into. Just like on ‘Afgrondschemering’, there is no more room for the keyboards that still lightly characterised the first demo (of which, incidentally, a few songs can be found back on this album), on ‘Primordiaal Verlangen’ we only hear primal Black Metal with all the basic ingredients that can best be described as a mix between early Marduk, Gorgoroth and Taake with the occasional rocking section á la Urgehal. The title of this album has therefore been chosen excellently as it fits perfectly with the musical content. Nothing earth shattering maybe, but I can’t imagine that was ever the intention to begin with. This is classic hate-filled Black Metal worship in its purest form, yet absolutely without sounding like an exact copy. After quite a few listens, I remain amazed that Walghinge has still gone so unnoticed, I would recommend it to anyone who has a soft spot for the more classical Black Metal.

Typical of the lesser attention for Walghinge is the fact that this album has so far only been released on cassette tape, while a vinyl version, especially with such great artwork, would not be a bad idea. I can hardly wait.