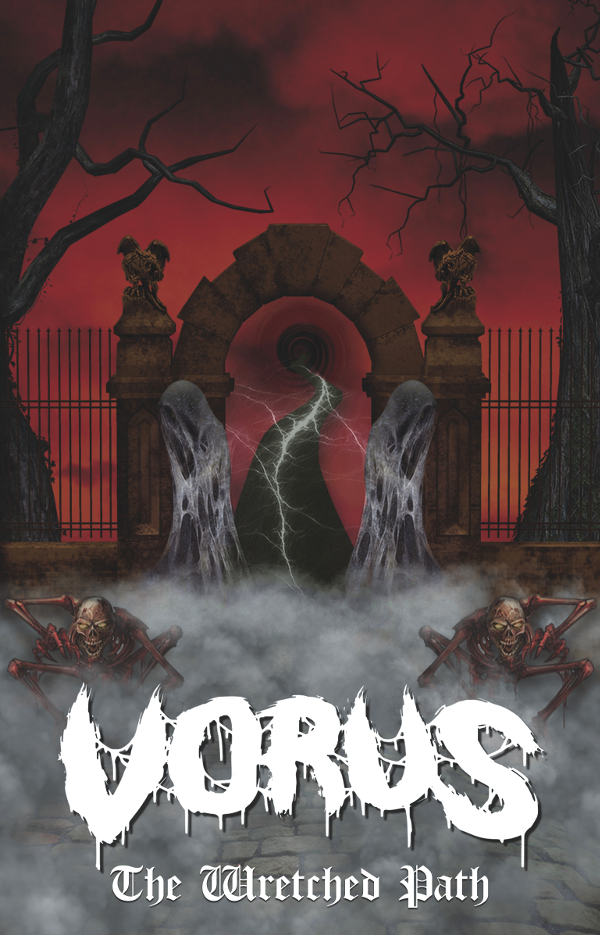 As I reviewed the demo prior to this full-length, I feel obligated to review this one as well. It is quite clear the deadly 2-person combo behind the band moniker “Vorus” didn’t take other paths and kept strictly walking on the path they have chosen with the demo. Some would call it “wretched” even, but let’s describe it as dark and mostly mid-paced Old School Death Metal. I’ve mentioned Mortuary’s “Blackened Images” in my previous review and it is still valid for “The Wretched Path” but you can add ideas of the self-titled Immolation demo and the Incantation’s “Demo #1” tape. There is a certain rawness present that can only be found on the early demo days of bands that started at the end of the 80’s or beginning of the 90’s. There was one thing that I started to irritate me and that was the sound of the drums, especially the snare. It sounds like a tin and too programmed. Other than that you will hear simple and nostalgic Old School Death Metal which will be enjoyable for the purists who have played the demos of the early 90s lately. (Ricardo)