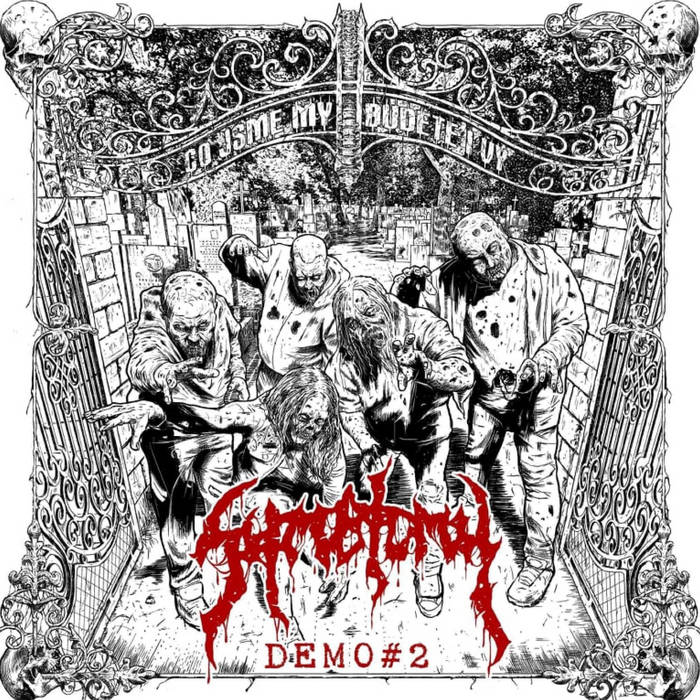 With a logo in which a guitar pedal is depicted and above which it reads ‘Old School HM-2 Death Metal’, then you know what you’re dealing with: Swedish Death Metal. Our chief-editor here at VM-Underground, big fan of the Swedish sound, was already very enthusiastic about Symbtomy’s first demo and also felt them out in an interview. Enough reason to also dissect this band’s second demo, simply christened ‘Demo #2’.

If you also heard the band’s first demo and put on this second one, a certain Comecon feeling may sneak up on you. It did to me at least. Comecon were a band that chose a different vocalist on all three of their albums, so they featured L.G. Petrov (Entombed), Martin van Drunen (Pestilence, Asphyx), Marc Grewe (Morgoth and the recently resurrected Despair) respectively. Incidentally, though, to speak in understatements, with somewhat mixed success. Although the whole concept reaped only meagre success in Comecon’s case, it still seemed like a good idea to Symbtomy. Thus, on the first demo, in addition to their own vocalist Martin Halma, we heard Jonny Petterson (Wombbath, Massacre), Johan Jansson (Interment, Moondark) and Ralf Hauber (Revel In Flesh). The band has continued that concept and now we hear John Walker (Cancer) and Max Otero (Mercyless) back and Rick Rozz (Death, Massacre) contributes in the form of a guitar solo.

While all these guest musicians obviously bring a whole lot of experience and I can well imagine that for a demo band it is just awesome to play with these Death Metal heroes, musically I find it actually adds very little. Although I assume it is not intended that way, it comes across a little grandiloquent, just for the sake of namedropping. I am sure the band doesn’t need all those extra contributions to make a good appearance. Indeed, musically, what they deliver is all rock solid; the three songs manage to convince enough and prove the band’s musical talent. By the way, a plus point is that the HM-2 sound is not laid on too thickly, not that I don’t like it (on the contrary), but this way it sounds a little less like any other band that has chosen the same musical starting point. Anyway, another successful demo from these Czech Brits, it’s just not to be hoped that it meets the same fate as Comecon, where eventually no one was interested in the project any more… (FelixS)