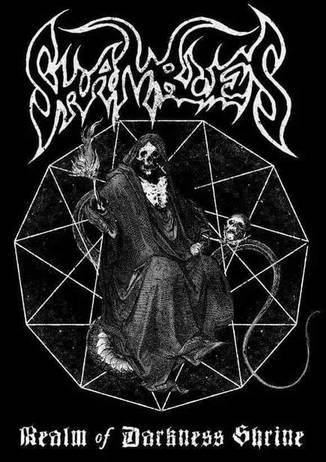 Started out way back in 1998, Shambles has come a long way from their brutal death beginning. What the present essence holds are brooding Doom/Death of the highest order. Coming out from Thailand, this kind of genre is something outstanding on its own, apart from the non-ordinary archiphelago itself. What we could gather mostly from this platter are traces from a much known entities such as Diocletian, Witchrist and even Blasphemophagher. 7 tracks here are drenched with crawling primitive riffage, often time simple and orthodox, clouded with rustic murky sounds. As if the composition alone doesn’t let you feel suffocating enough, the doom & gloom atmosphere are enshrouded with high reverb vocals. It’s doomed, depressed and distressed all together. How would you like that? By the way, this is the, at first, self-released album. They also had another compilation released by the same name, with an extra tracks thrown in. (JvH)