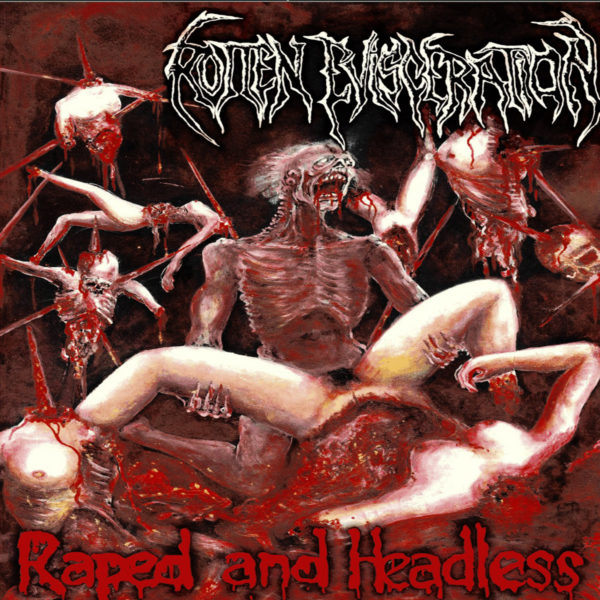 Death Metal Act Rotten Evisceration from Lima, Peru with their debut demo titled “Raped and Headless” have impressed me with their catchy brutal styled Death Metal in the likes of old Ripping Corpse, Monstrosity, Benediction and Morbid Angel. Brings back the times when Death Metal was at it’s prime in the early days. Just all the right elements to keep a listener interested in it all the way through. I found them quite good and worth while. There are hints of Thrash in it. Not the typical stuff out there right now. I can’t say that they are completely original in their material. You can hear that early Tampa Florida style Death Metal which was made legendary by such acts in “Raped and Headless”. Still a good one to listen to. (Kenneth Necroholocausto Asker)