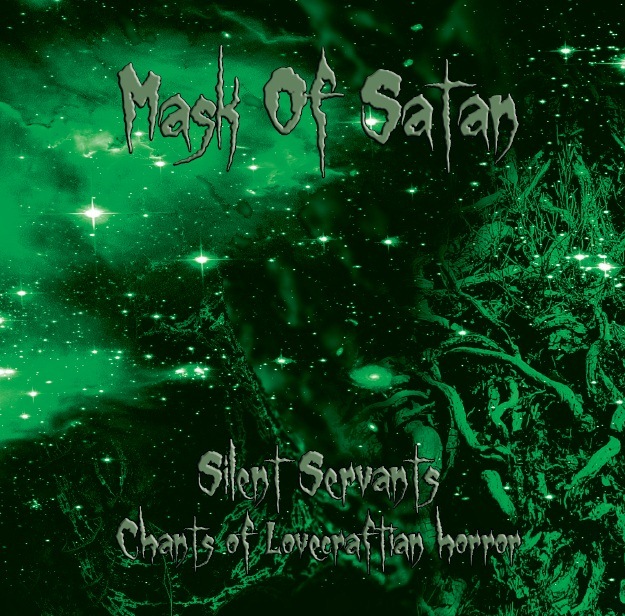 Another spawn from the ancient stars named Mask Of Satan descend to the world to spread horror and filth to mankind. The trio from Finland plays a mostly mid-tempo paced Death Metal with ten thousand tons of grooves, which is ideal to headbang on. Lovecraftian themes are by far nothing new here, but still a great source for inspiration. The music has a really dark feel and reminds me of bands like Massacre, The Grotesquery, some slower Morbid Angel, Innsmouth and the likes. Some samples are thrown in as intermission to give some space to breath for a short period of time. The rest is filthy crushing Death Metal. The slow crawling chaos has also a lot of Necrophagia in it as well as some Druid Lord and the groove of Death Metal titans Bolt Thrower. The song writing is far above average, being able to change facets at the right time, make this an enjoyable trip with a high headbang compatibility. The real classics are missing, although the hooks are present as well as the song writing standards to be higher than most of other Death <etal bands. But hey, we are talking about a debut, so there is still more to come hopefully. So let`s see what these guys can do in the future as this is a good way to start. Ia Sakkah. (DPF)