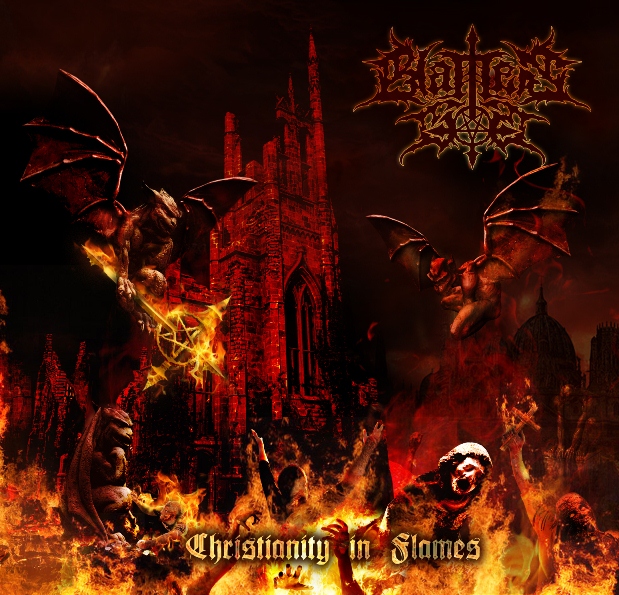 Star Spawn Society is a small label which offers some killer Extreme Metal which I recommend to be checked out. With Blames God they got a Chilean horde in their ranks with a high quality US-Death Metal, reminiscent of bands like Hate Eternal, Morbid Angel and Immolation. The drums are pounding and blasting to make sure that Cthulhu awakens from its slumber. There are different blasts and generally good fills and bea(s)t variations as well as occasional cool breaks which make it a fine drum performance. The bass and guitar lines are killer, I love the tremolo picked riffs, also doubled at moments to give it an extra dark feel  and the solos are somewhere between Doug Cerrito and Trey Azagthoth. Towards the end they even incorporate some marching drums with horns and the likes to have a certain Nile feeling that morphs into a Malevolent Creation/Origin like part, and throwing in a Hate Eternal like riffage in the veins of “Conquering the Throne”(production wise it`s also closer to this one). The vocals are brutal and low for the sake of it, more like Shub Niggurath or a higher version of Blasphemy`s vocals. Killer EP and a promising band! (DPF)