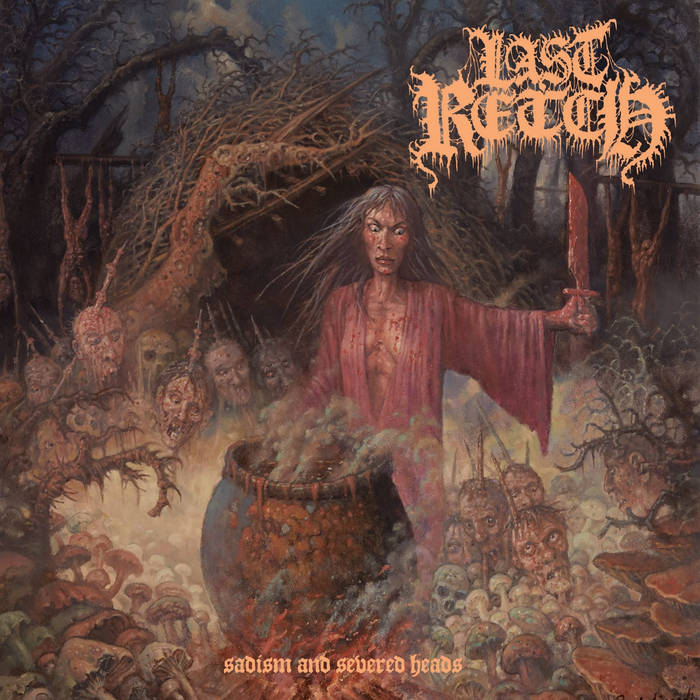 Following the bands’ demo, simply named ‘Demo’, released last year, these Canadian Death Metallers return with their first full-length album that was brought to us by the long-running Canadian CDN Records label. With their demo these guys already showed being able to pull off a great slab of Death Metal that could be found in the middle of Old School Death Metal and a more modern approach of the genre.

It was that balancing act that struck me most, usually Death Metal bands are choosing sides, sounding either Old School or take a more modern take on the genre with a slight technical twist to it. Last Retch proved that they were able to combine both into a solid sounding chunk of heavy riffing. Okay, it ain’t Nunslaughter or Possessed and neither is it Psycroptic of Archspire. But the riffs sound really thick and have a modern tuning, but they don’t go into overly technical or slamming territories. The same can be said about the vocals, they are sounding pretty modern, in terms of deep guttural gurgles, but then again, they don’t go all the way into Deathcore fashioned piggy squeals. The tempo is slow to mid-paced, with full emphasis on the grooving rhythms and song writing. It sounds a little like Cattle Decapitation that just woke up on a lazy Sunday morning: not nearly as technical or intricate, but even with sleepy eyes they clearly show that catchy, grooving riffs and great vocals are in their collective DNA and even works while still half asleep. I won’t go as far as saying these guys are pulling off an original piece of Death Metal, because every individual element has been heard multiple times before, but it certainly sounds refreshing in todays Death Metal climate. And with a playing time of just over 27 minutes, Last Retch shows that it understands how attention span works, this picks up just right. Cool debut album.