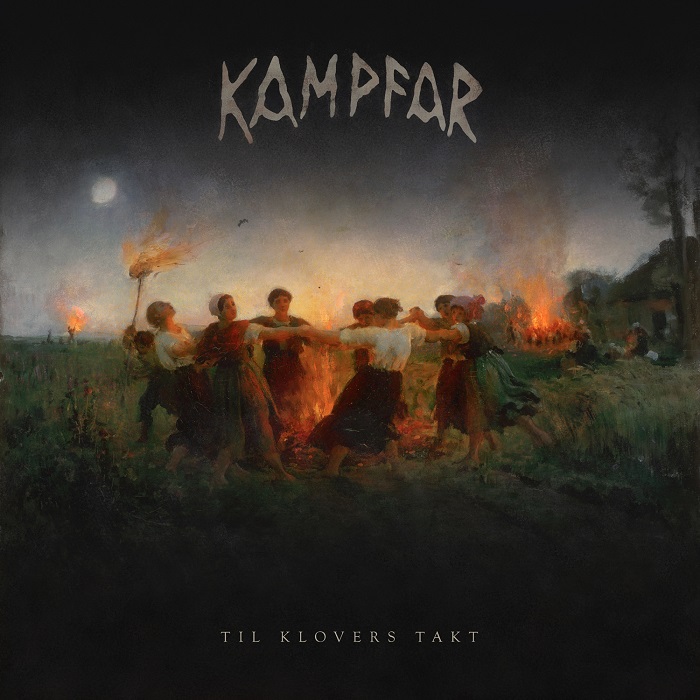 Pagan Black Metal band Kampfar really need no introduction but hell I’m going to give them one anyway. ‘Til Klovers Takt’ is the Norwegians ninth studio album and yet another in an ever growing list to be released by Indie Recordings. In their early years Kampfar were known primarily for their lyrics focused on Norse Mythology, and whilst these days they do still touch upon various bits from Norwegian folklore, they also take inspiration from the more negative aspects of our society, as well as a little anti-religious sentiment thrown in for good measure too.

Opening track ‘Lausdans under stjernene’ has a satisfyingly hypnotic beat to it, as well as some blazing, punishing demonic sounding riff/beat/bass combos, contrasted most severely with low key melodic interludes. The vocal work in particular deserve a special mention; aggressive, melancholy, haunting and powerful. As a whole entity, that powerful feel resonates through the entire album. There is a rabble rousing quality to this that feels like an incitement, a call to arms, particularly through songs such as ‘Urkraft’ whose savagely intense guitar leads and double kick drumming create an intensive wall of sound matched by the chant like vocal work.

An extremely intense sounding album with a huge, cavernous sound and a focused, intent feel to it.