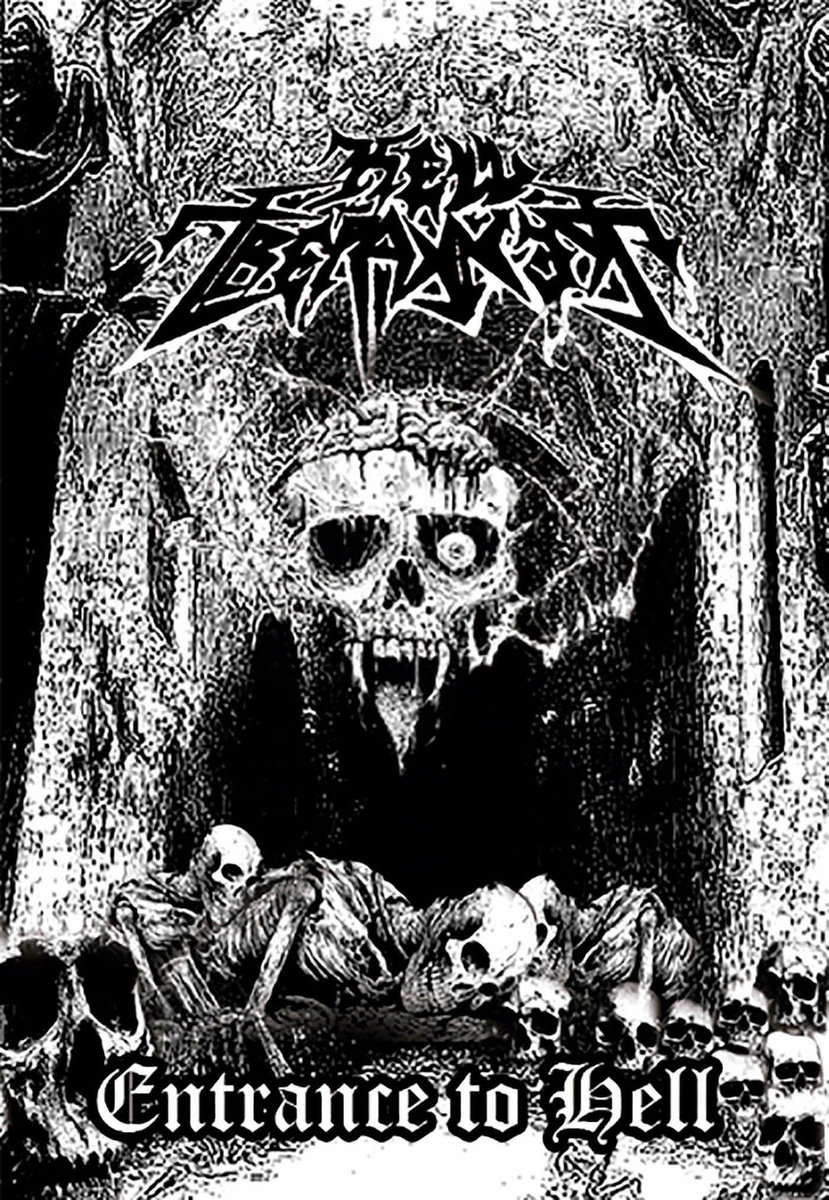 I’ve said it before and I will say it again…The South American scene is alive and kickin’! Fortunately for me (and hopefully for you too) it is a scene that is trying to keep the Extreme Metal flame of the late 80s and early 90s burning in their demos and underground releases. And Hell Trepanner is definitely one of them as they have released a fine Old School thrashing Death Metal demo, first by Vomiting Blood Records and now it is also available by Weed Hunter Records. So no modern shit going on here with clean or emo scream vocals in the chorus. No, you will hear that these Peruvians are influenced by the likes of early Sepultura, Sarcofago and especially Mortem but also Incubus of the Howard brothers. Adding some occasional Old School Tom Warrior’s “Ugh” and roaring Sodom’s “Obsessed by Cruelty” bass and you get yourself a fine demo in your cassette deck. A decent demo by Hell Trepanner for sure! (Ricardo)