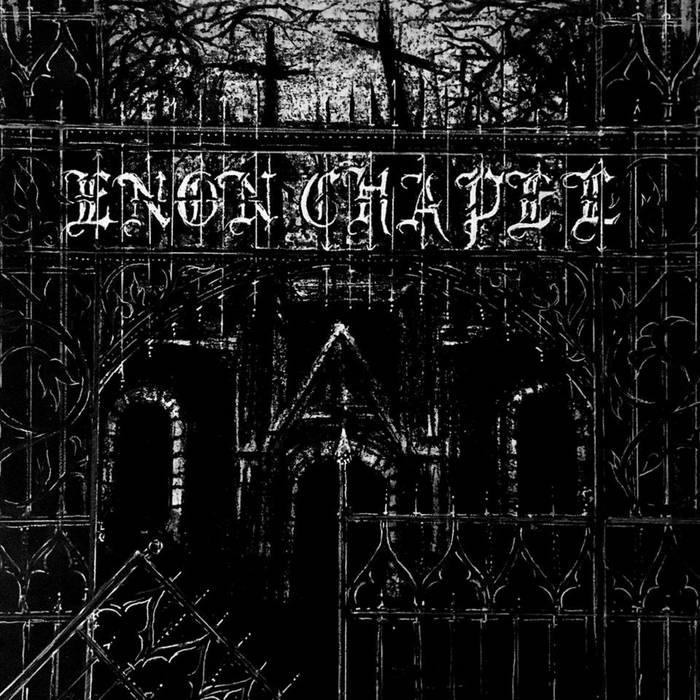 Enon Chapel are an American duo based in California and Michigan who have to date only have one release to their name, that being this self-titled EP released back in 2019 on cassette by Acephale Winter Productions. Multi-instrumentalist Balan has many projects on the go, as does vocalist/lyricist Meghan Wood, (Crown of Asteria being the predominant one) which may explain the radio silence for the last few years. This Ep is focussed mainly around Victorian England (Mainly London, with a fascination for Jack the Ripper) as well as a fascination with graveyards (Namely, the early Victorian burial crisis), so you’d probably be forgiven for expecting some kind of Gothic/Doom release. Nothing could be further from the truth though as Enon Chapel follow up a melodic intro track with blisteringly aggressive Black/Thrash. Sporting a slightly muffled, pummelling drum tone, somewhat simple, almost Punk like bass lines and filthy no nonsense riffs, topped off by a vitriolic sounding vocal style, and its fair to say that Enon Chapel are not what I expected. As the EP winds along its darkened hostile way the guitar leads become more intricate and whilst occasionally they get lost within the rampaging cacophony that this duo can create, (See ‘Séance’ as a classic example as well as the violently belligerent ‘The Lodger’) the overall effect is loud, abrasive and engaging. I’d be keen to see if Enon Chapel have anything else to offer us in future. (Marksson)