Carved Cross – Embittered Amidst The Ashes 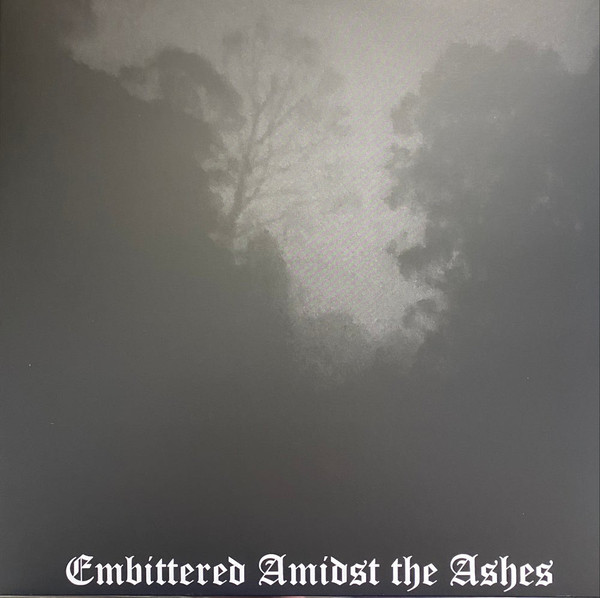 Hailing from Australia and active in Hobart, Tasmania, Carved Cross release their fifth album entitled “Embittered Amidst The Ashes”.

The band, consisting of musicians also active in Blackline, Forbidden Citadel of Spirits, Night Fall Haunting, … deliver their second full length release this year as – album number 4, the “Severance of Disparity in Absolute” LP saw the light of day in January.

Carved Cross have been around since 2012, releasing a vast number of recordings and split releases with other underground cave dwellers, eagerly anticipated by their fans and very limited.

Production wise, the music has made significant leaps forward since “Severance of Disparity in Absolute”, whereas the earlier releases had a rather muffled and dim sound concealing their bleak, slow and distant sound, the last 2 albums reveal all the potential and musical details of this band. The new album consists of three lengthy tracks and a short, bleak outro.

What do Carved Cross offer musically? Most of their songs are carried by very linear, mesmerizing, buzzing and solemn riffs that stretch out easily over 10 minutes in length.  And it’s mostly all gloom and doom with song titles such as “Hope Cascades into Eternity”, “Washed Away with The Reckoning” or “Reside Amongst the Unwanted and Untended”.  The sometimes simple and ritualistic sloppy/repetitive drumming, the sorrowful guitars and the writhing tortured vocals that scream out in agony while spitting pain and frustration all over the place are the trade mark sound of these Tasmanians.

They’re also not afraid to infuse their music with sound effects, slight psychedelic synth experimentation, some drone, echo/reverb – whatever adds to the melancholy and sadness of their raw, monolithic compositions. Lyrics are practically always about grief, pain, solitude, existentialism and other dark aspects of life. Now: it would be wrong to label Carved Cross as yet another DSBM band.  The music is too repetitive and heavy for it with its thick wall of sound and as said: the vocals carry more weight than just the typical agonizing shrieks of the genre.  Carved Cross’ music is meant to be played loud – allowing the hypnotizing effect of the guitars, the pummeled drum patterns and the desperate harsh vocals to sweep you away.

Any comparisons? Patrick Hall’s Sapthuran perhaps, a bit of Striborg although his older releases are more creepy and murky in texture.

Fact remains – Carved Cross know how deliver the goods with their fifth album. It’s a real shame most of their releases are always ultra-limited – a proper re-release of all their full lengths and other noteworthy recordings would certainly appeal to a far larger audience than just the lucky few.

If you manage to find an album of these lads – don’t hesitate. And feel free to check their repertoire on YouTube. (LCF)