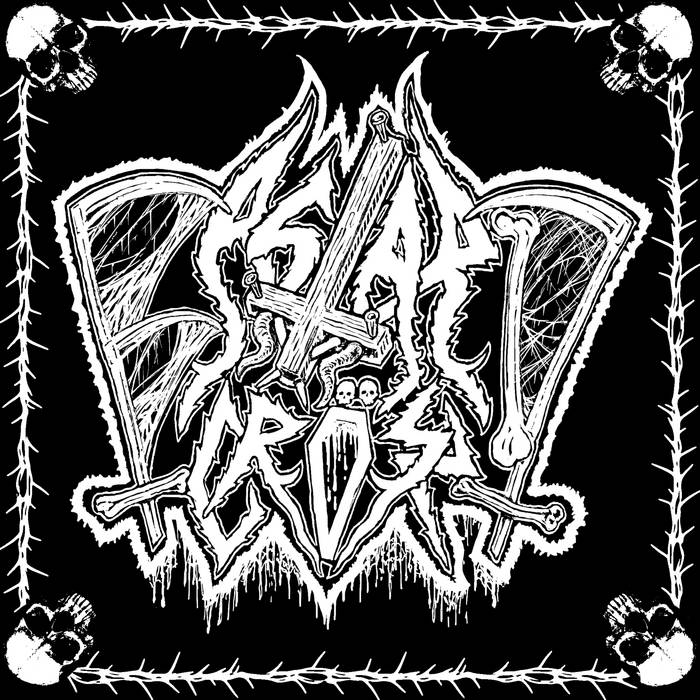 Philadelphia based Black/Thrash four piece Bastard Cröss last year unleashed their debut self-titled EP, four tracks of raw sounding lo-fi Black Metal with a sleazy thrash edge and so drenched in filth it feels ingrained to their core. Following an initial digital release, this nasty slice of extremity was picked up for a cassette release by fellow Philly label Unchained Tapes.

Rather aptly the opening track is entitled ‘The Sorceress’, and I say that because when the guitarist breaks into some technical savagery and soaring solos it sounds like wizardry! Then there is the fast paced ‘Under the Bastard Cross’ which dominated and decimates with punishing drum tones, shrieked vocals and a satisfyingly chunky bass tone which leads to a very crunchy sounding undertone.

To find Bastard Cröss at their most raw and chaotic then look no further than the murky tones of ‘Cryptic Illusions’, a track that likes to switch between raucous bestial destruction and slower, oppressive tones. Ending with the brutal ‘Headless’ whose rampaging style in crossed with more punk like simpler rhythms, Bastard Cröss deliver a very entertaining debut offering and once that was followed up by a very cool split release. (Review to follow) Be sure to experience this frantic slice of musical squalor! (Marksson)