Azator – Horrors from Aeons Past [EP] 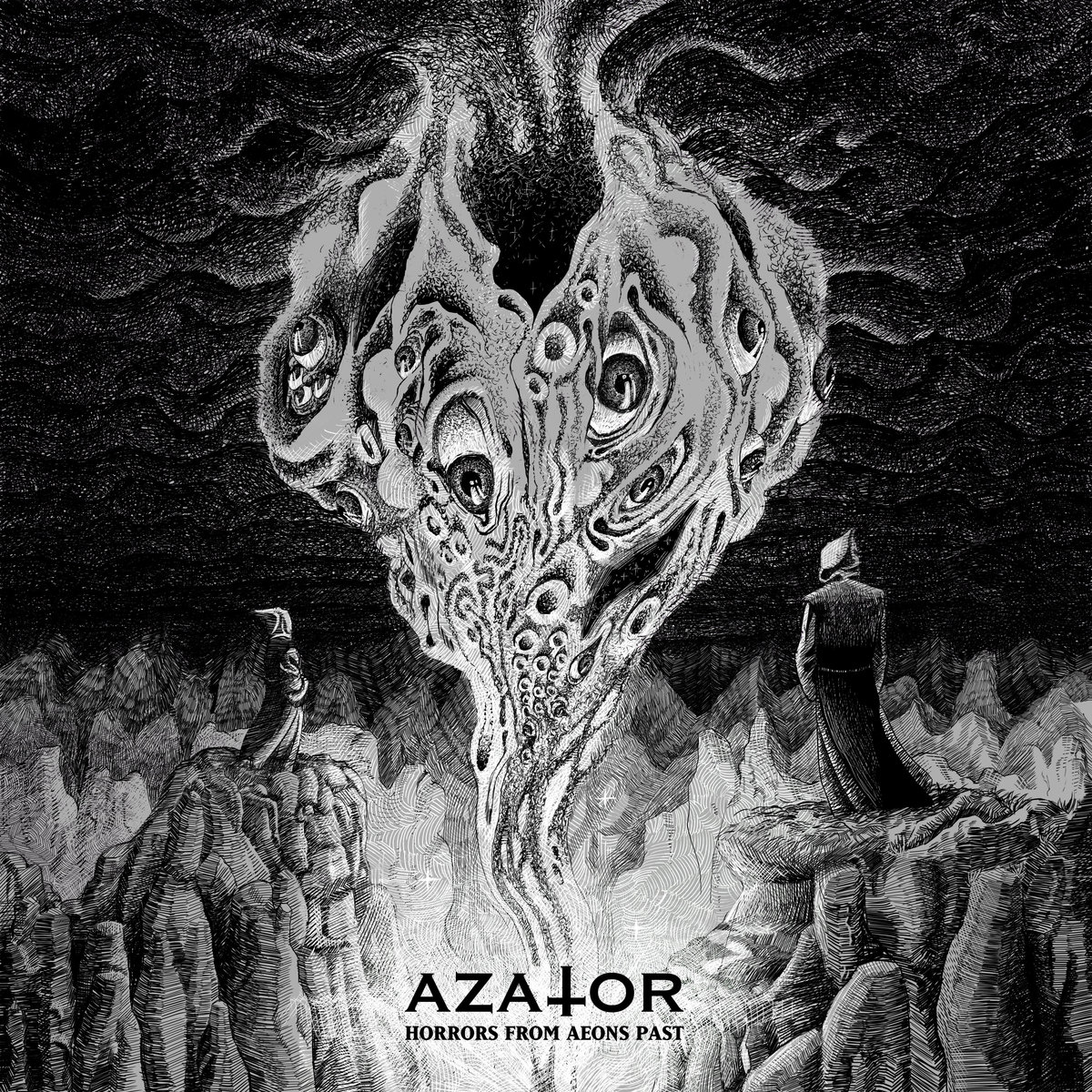 “Horrors from Aeons Past” is the second release from this Argentinian Black Thrash metal band, their first effort saw the light in their year of existence (2006) and was a demo. Now – thirteen years later, they released in begin 2019 an EP where 7 tracks are recorded included with two bonus tracks from their first demo.

And yes, this definitely is music in the dark regions, in fact more Black than Thrash to be honest. The vocals sound sinister and the thrashy riffs make this EP more than deserving. A nice balance between the two used styles is audible and has some nice instrumental parts processed in it. But after some listening sessions, I must admit that some riffs don’t get that deep to keep my attention. In track “Ritual of Blood”  a slow section is inserted which breaks the intensity and in track “Gods of Nagash” the uptempo riff is executed in the best way on this EP. Bonus track named “Dead Bodies” even has some nice blastbeats in it and the vocals sound filthier than on this EP, very good!

Is this a special comeback? No, not really, but it’s not bad too, so worth your time to have a listen if you like this combination of styles. But after listening to the bonus tracks, I’m sure they’re more enjoyable live on stage, because of their nasty outcome their live sound produces. It doesn’t always has to be more polished on disc my friend. (Fredde)