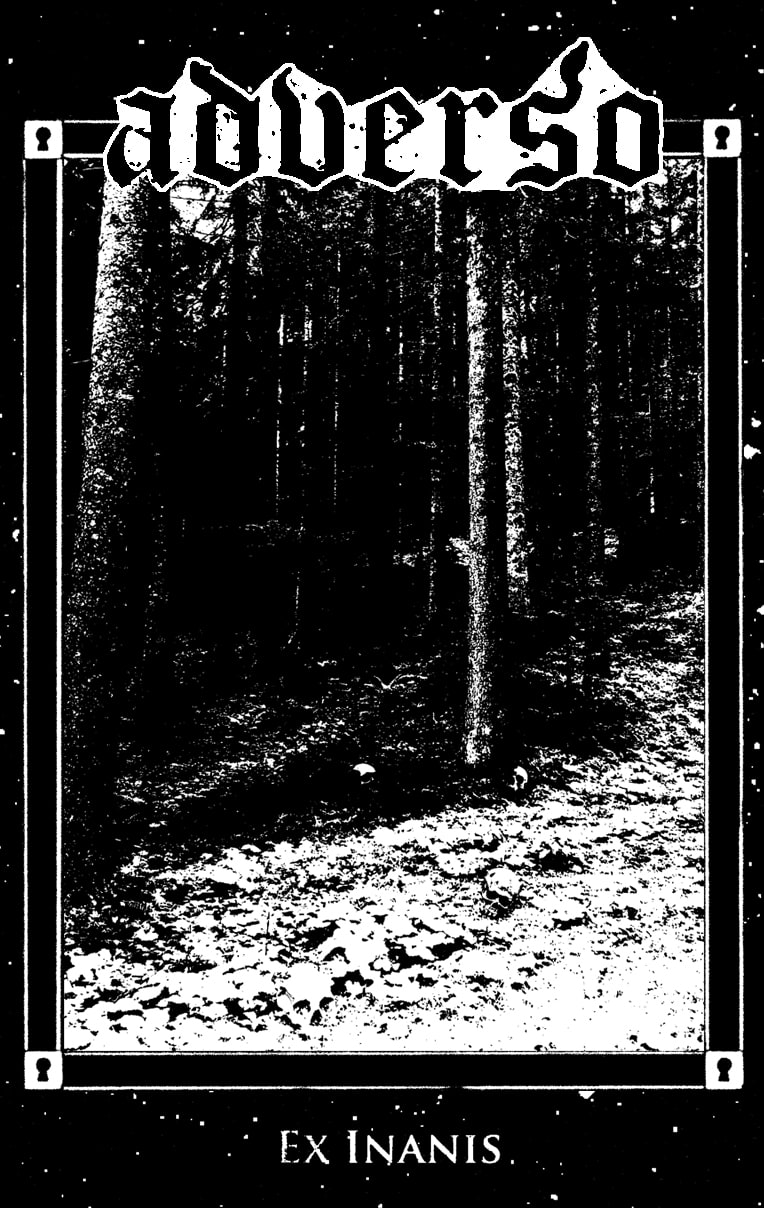 I might sound biased, but i do believe that we, Portugal, have one of the Top 5 Black Metal scenes in the World, today! We have been giving the World exquisite Black Metal bands such as Corpus Christii, Decayed, Sirius, and more recently Gaerea, just to name some of the bands that have a real global impact – not going into the deep underground, sorry. With the return of Black Metal to its origins, its roots, its original form, many more bands have appeared and, alongside, other countries (you know which, I have talked about them numerous times), a new scene/wave/reality (choose one, please) within the Black metal sphere, has come to live.

Adverso. I first heard of this project in 2017, with its first release “Bringer of Death”. Adverso was first conjured in 2016, having released the aforementioned Demo in 2017, and this most recent one – “Ex Inanis” – in 2018. This is the sort of Black Metal I find to be intensely appealing. Why? It is not a violent discharge of Black Metal – and all its cliches – as it navigates through multiple emotional states: we have those fast paced moments, obviously, but even those are structured in a way that its emanates Darkness, Solitude, Despair, and not just… violence. The guitar composition works that way: it effortlessly guides the way to inflict, on you, those feelings I just referred! It has this melodic, almost suicidal, feeling to it. But… it has its moments of rage, and it explodes. Classic Black Metal guitar structure, from the 90s! if one pays close attention to the guitar melody, one will find the beauty of its master.

Adverso might be, again in my opinion, one of those Dark pearls of Portuguese Black Metal. Not as “famous” as many other Portugues Black metal names, Adverso has proven to be, since the release of its first Demo, a very consistent and solid project/entity/ that, I can almost assure you, will grow into something massive, in a near future.

Be it the vocals, be it the drums, or the already pointed guitar, all these elements have crafted a Beast, and the ultimate beauty of it lies, mostly, on the ability that the Mastermind behind Adverso has, to fuse, both the Melodic facet, as well as the Violent, yet soothing, side, of Black Metal, into one piece of Black Metal.

“Consummatio”, the 2nd track of the Demo, showcases, perfectly – once again, in my opinion – what Adverso has been: the Beauty of Despair, presented on a bed of Melancholic Death, never forgeting its Violent and Aggressive approach. (DanielP)