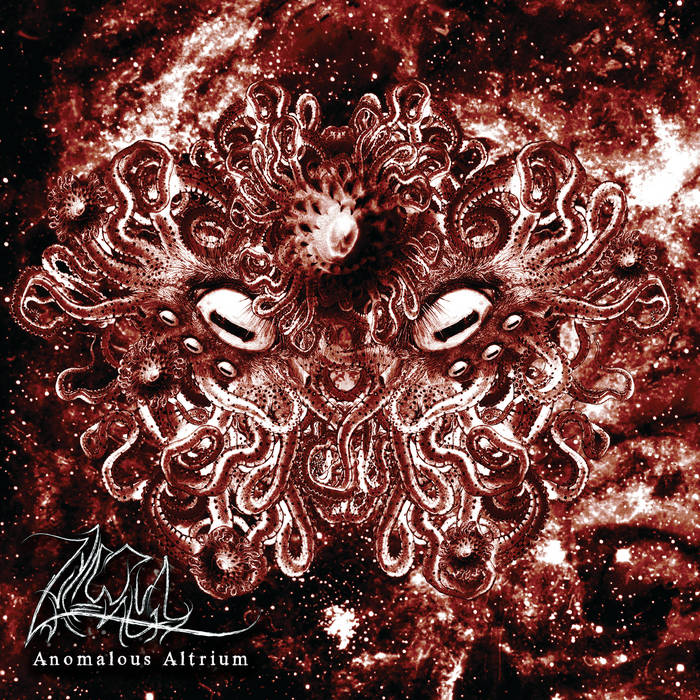 As of late I appear to have become a champion of those who dabble with chaos, bands who value noise, who wish to convey a realm of almost unfathomable horror, and who wish to bring us band names that would implode the mind of even a Harvard professor of dialects and languages. Part of the Centipede Abyss, Zvylpwkua and their debut deluge of cosmic dissonance is not an easy and mellow listening experience, and nor is it created to be so. At its very core, the essence of Zvylpwkua is fundamentally Black Metal, and yet you’ll find no frolicking through the fjords on ‘Anomalous Altrium’. Imagine the most warped out there Jazz you have ever heard, dial it up to a thousand and add in a huge dose of cavernous, bleak Death Metal growls, and you’ll still be nowhere near deciphering this mesmeric aural puzzle. ‘Anomalous Altrium’ is a black hole for such concepts as rhythm, groove and cohesion. Instead, Zvylpwkua attempt and succeed in portraying a truly universal terror through sporadic blast-beats, mournful strung out bass leads, maniacal and off kilter riffs and growls from the bleak cosmic abyss. Truly, Zvylpwkua concoct a terror of Lovecraftian proportions with a little Poe thrown in for good measure, and their debut album is simply not of this world. (Marksson)