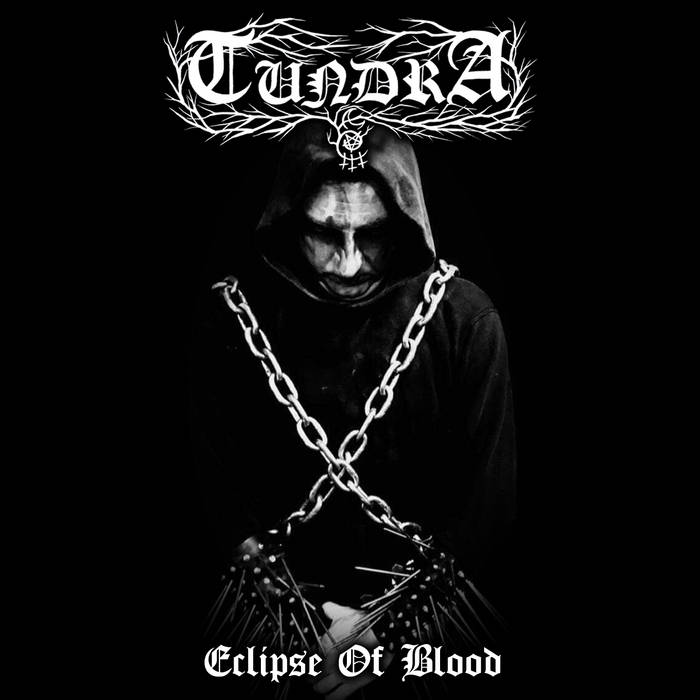 It might be the COVID-19 pandemic, or maybe something else, but for the Italian Black Metallers of Tundra 2021 was a striking prolific year, with no less than seven singles and (split) EP releases spawned. This year they are giving themselves a breather, or maybe the rest is still coming in the last few weeks of the year, but so far this ‘Eclipse Of Blood’ is the only sign of life they have released. A digital and independently released EP that also got a physical release on cassette tape through the US-based Staring Into Darkness label.

Though Tundra has never been a band that had the capabilities for bigger things than an existence in the underground, that seems to be a place where they feel well at home. Their music has always been of a decent level, but not quite much more than that. That is not much of a big deal because all individual releases are quite enjoyable in their own right and respect. The band performs all of their music with passion and dedication. That is also the case with ‘Eclipse Of Blood’ which is a decent EP filled with all of the right underground aesthetics but also has quite a bit of great riffs and musical ideas on offer. Exemplary is ‘Keep The Flame Alive’, a song that carries out the bands’ spirit, but also displays what the band is about musically. Pitch Black Metal, with an overall fast pace and a Scandinavian feel to it. The closing song of this 4-track EP, however, is quite contradictory to the other songs because of its slow and lingering tempo and eerie guitar lead which gives this EP quite a gloomy end. But, no, ‘Eclipse Of Blood’ will not change the course of the band, nor did they intend to do so, they have released an impressive back catalogue through various underground labels and that is why the Black Metal scene cherishes bands like Tundra: it is because of such bands that the Black Metal flame is kept alive. (FelixS)