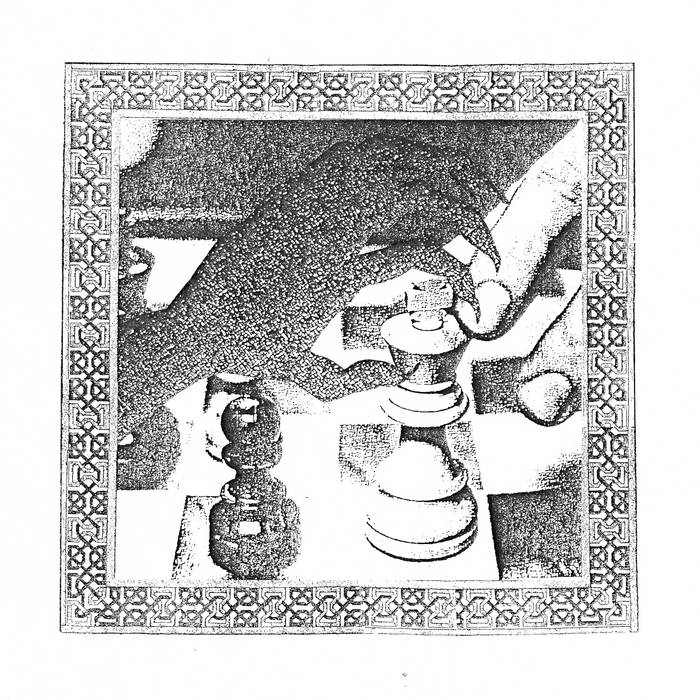 Death Metal has a rich history when it comes to themes and musically elaborated concepts. The most well-trodden paths are death and destruction on one side and the anti-Christian on the other. But there are also some niche scenes that deal with topics such as environmental pollution or even Christian faith. However, a chess theme had not crossed my path before. The foursome of Torturer’s Lobby from Tampa, Florida, however, seem to offer just that. After releasing a couple of demos they now present their debut 7” EP, ‘Man In Zugzwang’.

I am not exactly a chess grandmaster. Even with cheating, I won’t be able to match Hans Niemann, and I assume for a moment that most readers share my fate in this. So I consulted Google and now at least I know what the title of this EP means. Zugzwang is a situation where a player worsens his situation on the board with every possible move. Add to that the cover art and you would actually expect mathematical and ingenious Death Metal, maybe even with djent insertion. However, we are presented with something here that has nothing to do with Meshuggah-like ingenuity. On the contrary, I would almost say. Though still rather technical, the four songs are cut from quite a different cloth, offering a maddening mixture of Death Metal, Thrash Metal with a hint of Heavy Metal here and there and even a tiny bit of Black Metal. The wild and rather chaotic character of the music is brought with a solid Punk attitude, making it all quite energetic but also at times somewhat inimitable. The fast and technical riffs and rather unorthodox use of (shrill) melodies give Torturer’s Lobby a rather unique sound. The clear and equally shrill sound is also quite special, this has nothing in sound to do with all the classics of the genre. No extremely heavy sound or down tuned guitars here. This makes direct comparisons a bit difficult to draw, but as far as I am concerned there is no need for them.

The subject matter, however, remains a bit unclear to me. The chess concept, judging from the track titles, does not emerge very convincingly, but that the gentlemen deliver a somewhat more intelligent piece of music is clear. Not only is the music crafted intricately, philosophical themes are also touched upon. Quite an intriguing and musically sophisticated EP. So, all in all, Torturer’s Lobby delivers a pretty unique piece of work and that is worth praising. (FelixS)