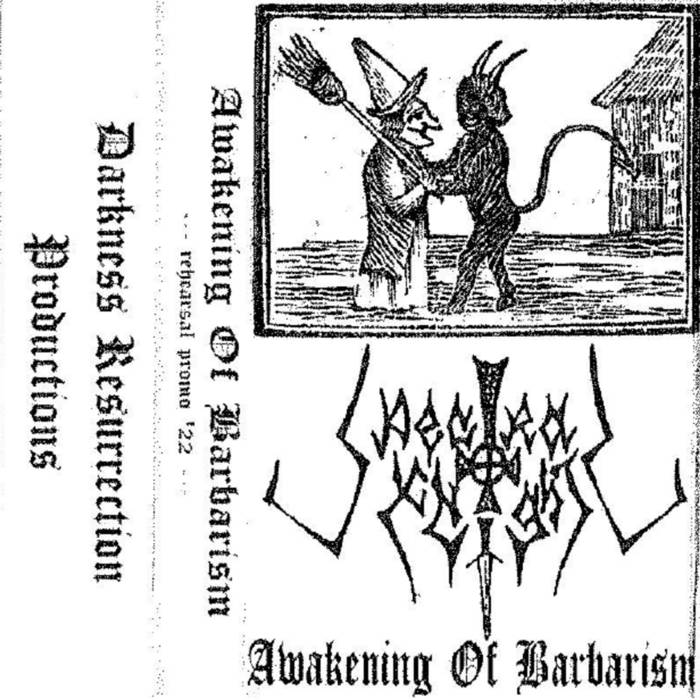 ‘Awakening Of Barbarism’ is the third release of this Polish one-man Black Metal act. All three are (rehearsal) demos, which means this one is also in the same line as the previous two raw recordings. ‘Awakening Of Barbarism’ carries the subtitle of ‘Rehearsal Promo 22’, which already gives away what to expect from El Antichristo, the man behind Spectral Knight, this time.

People who have heard the previous work will not be surprised, as this is not at all far away from its predecessors. It is basic, primitive, rocking Black Metal that compares well with for instance Darkthrone or Ildjarn. Standard rock beats and punky guitars give it a good swing. The vocals are hidden behind a lot of reverb (or similar effect) and sound like they were recorded in a mobile toilet. The production is also just as raw and fits the style perfectly and is reminiscent of the demos of the early 00’s. Only on the last track Spectral Knight gets rid of the standard ingredients by even throwing in some (semi) clean epic vocals, or rather humming, as we also heard on Bathory’s “Twilight Of The Gods” (1991, Black Mark Production). A nice dessert to end a good meal.

In the end, the title is very well chosen, it’s a nice piece of barbaric Black Metal with a touch of Bathorian epicness. Maybe not too exciting or surprising, but still ‘Awakening Of Barbarism’ was a pleasant ride and I am quite curious about future Spectral Knight-material. (FelixS)