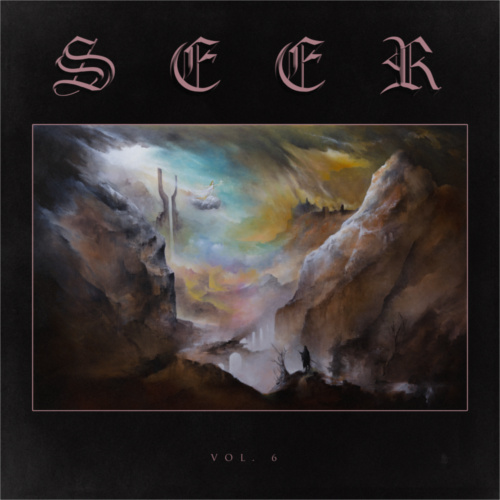 Seer, a difficult to categorize band in the doom range, from Canada have been around since 2014 and this is their sixth offering (but only a second full length). Until now they have gone through different sounds to craft something  truly their own. Moving away from the stoner metal they started with in Vol. 1 & 2, over more progressive sound occasionally dipping in desert rock (“Vol. III & IV: Cult of the Void”) to Funeral Doom (“Vol. 5”) and now on “Vol. 6” they finally found their own sound. Their songs are long, complex and meticulously crafted, there’s a wide range of influences (spanning from NWOBHM to Black Metal).

Since day one, Seer have told us a narrative, that went from deserts to forests described in the sound itself, to a darker, more sinister sound in “Vol. 6” as the world as we know it, is facing it’s demise. The narrative follows a monk, who can return the world to a place we know, travelling to the top of the mountain (a journey no one has ever survived so far) to do so. The musical landscape is cinematically paired with a wide range of vocals that go from growling and screams to absolutely amazing clean ones (I’m someone who hates clean vocals, so believe me when I tell you this).

Writing epic conceptual literature is a difficult craft (that usually gets turned into a cringeworthy movie), so forming a metal band to tell epic narratives with their music is a much better option. Seer are becoming the masters of it. (Black Mary)