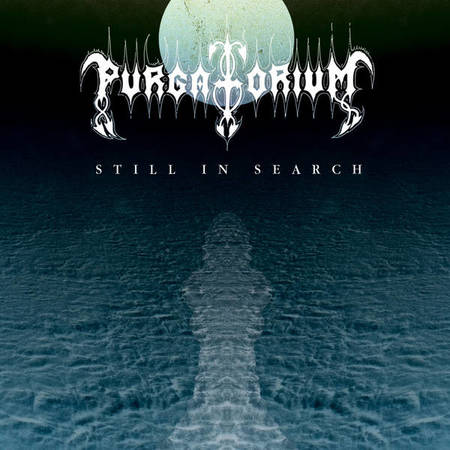 Hmmm, A Swedish Death Metal band formed back in 1989…and it doesn’t ring a bell immediately? Research time! Purgatorium formed in a little township called Tavelsjö and almost every male citizen of the village was active at the beginning of Purgatorium. No, just kidding, but Tavelsjö was really small, so if you find 4 guys with the same taste of Death Metal, why not form a band, eh? But the city of Umeå is in the neighbourhood, so a good guess would be they were in contact with Disorge, Auberon, Mortal Decay and Nocturnal Rites. Purgatorium released 3 demos back then, “Cup of Blood” (1989) , “Enter the Gate” (1992) and “Travels” (1994).  The first demo turned out to be unadulterated Old School Swedish Death Metal, although I wasn’t able to find any info on that demo, but the band themselves claims that demo exists. The band changed their sound a bit and became more melodic and atmospheric throughout the years and deserved a spot on the infamous W.A.R. Compilation in 1995 with their, then, new track “Still in Search”. Alongside certain acts like Dissection, In Flames, Dark Tranquility, Ceremonial Oath and Katatonia. And it was 1995, the moment “Storm of the Light Bane” and “The Gallery” was released. A fuckin’ good start for an unsigned band to get recognition, but instead of success the band split up. Fast forward to 2016: the band reformed and started to create music again. So “Still in Search” is filled with new material? Not really, besides 4 of the 5 tracks of the “Travels” demo, a promo of 1994 is added as well. The title track is a re-recorded version of the W.A.R. compilation version, “Miklagård” is a re-recorded track of the “Travels” demo and “Never Dance” was a new one as it is not released in any other way back then. Although Purgatorium definitely has a different approach (more mid-tempo, atmosphere through the use of keyboards) comparing them with for instance the Gothenburg scene in 1994-1995. After a couple of spins I can’t say they were really able to create tracks with hooks or riffs that stick, which bands like A Canorous Quintet, Sacrilege or Ceremonial Oath could do. But they are back with a new line-up, so maybe they’re able to create a kick ass Swedish Melodic Death Metal album in 2018. (Ricardo)