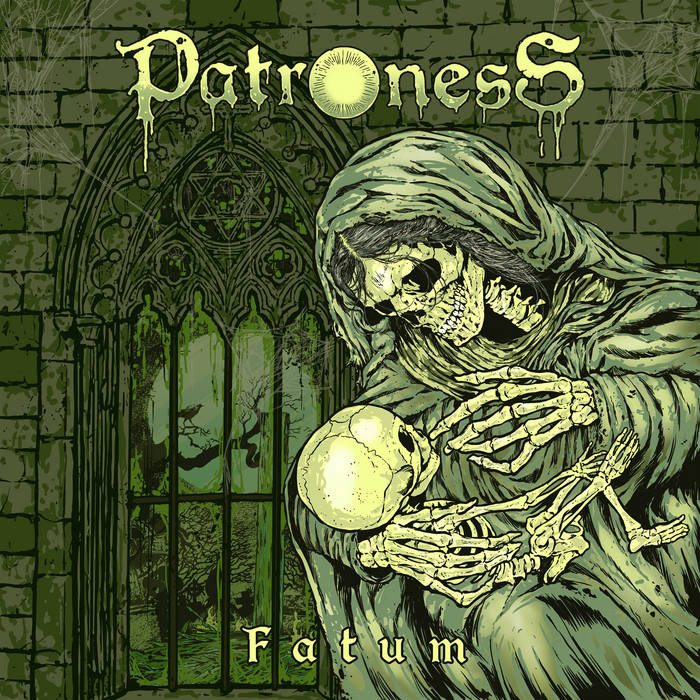 ‘Fatum’ is the debut album from Belgian Sludge/Black Metal quintet Patroness. The album has been put out on both CD and double LP by fellow Belgian label Necktwister, a label that specializes in releasing material from Belgian bands from a wide variety of genres from Black Metal to Deathcore. Patroness formed in 2019, however since 2020 they have been active with a new drummer by the name of Jannes Lemaitre.

Things begin with the dark, some would say evil sounding intro track ‘Exordium’ that builds anticipation, dread and tension in equal measure. from there ‘Undeceive’ takes hold with a battering ram style of drumming that pummels and contorts in its unyielding fury, and is accompanied by powerful and dark roaring vocals and a strong bass line. As for the guitars, there is a hint of lunacy within their bleak melody to go with the intricate and meandering quality that they offer.

I do love a song with a historic angle, and the tyrannical and probably insane Roman emperor Commodus is definitely inspiration enough. ‘The Art of Being (Nothing)’ is a powerful, brooding and passionate track of low key tones that burst and crackle with supresses furry at various intervals. Easily one of the tracks of the album this; a crushing blend of bleak riffs, with a sludgy bass driven groove and surging drumming which all combine to create a vastly intensive sound that then explodes into some frenetic Black Metal aggression.

What I like about ‘Fatum’ is the extremely varied styles and sounds that it throws up. You can be cruising through a particularly aggressive and brutal track and then find yourself in the middle of clean haunting vocals and mesmeric harmonies such as during ‘Seclusion’. Its an album without filter, without boundaries. Yet at the same time it has a never ending grinding intensity about the guitar work, and a power to the vocals and drumming that feels eternal. An extremely nuanced and layered album, and above all else, very listenable.