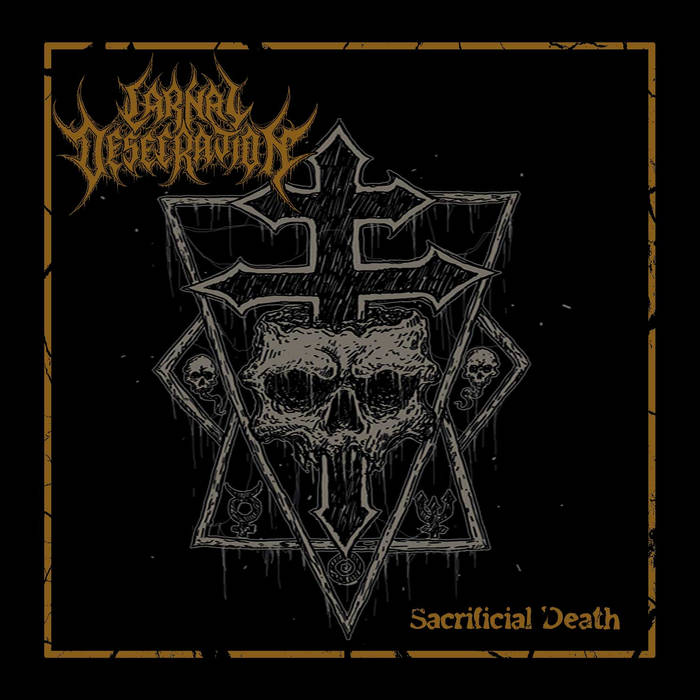 Death Metal four piece Carnal Desecration unleashed their debut album ‘Sacrificial Death’ last September through fellow Belgian label Necktwister on CD. Things start off on a pretty standard note really; fast riffs, aggressive growls and brutal drumming very much the order of the day. It isn’t until Carnal Desecration slow the pace that an air of gloom descends, and the intensity behind the riffs increases, and its this sound that pulls me in the most. ‘Thrive in Apathy’ has a great chorus section with shoutable lyrics for a live setting and a groove drenched furrow running through its core. And that is really the entire album in a nutshell. It isn’t an album that inspires a great deal to be said about it in truth, and that isn’t particularly a criticism. Its a workmanlike album of high energy blasting Death Metal, interspersed with moments of bleaker, cruel sounding slower and brooding tones. Its written adequately and performed well, and the structure of a lot of the songs means that in a live setting I’ll bet Carnal Desecration fucking slay!!