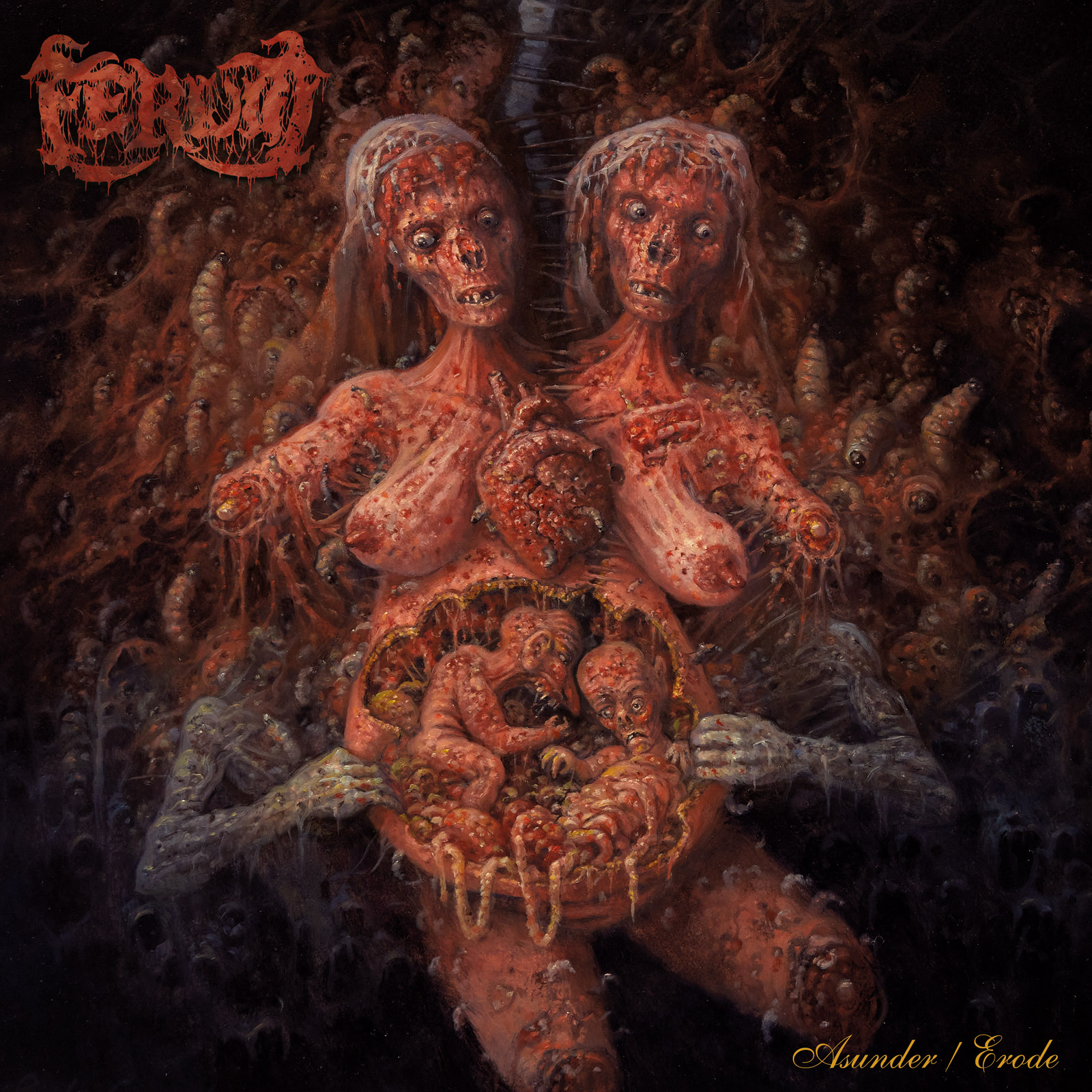 Italian Death/Doom Metal trio Ferum have recently seen part of the band relocate to Tallinn in Estonia, and the cold Northern climate has certainly led to a darker, more sombre sound for their debut studio album, ‘Asunder / Erode’. Dealing with subject matter on the darker side of human nature, such as violence, pain and the feeling of desolation, Ferum (Derived from the Latin word for wild / untamed and fierce, and presumably where the word feral originates from) cast a bleak pall over proceedings with some chugging guitar play, ominous sounding growled vocals and a sturdy bass and drums back line. It is rather a plodding along album though and considering it is the bands debut opus I’d have expected a spark of energy to proceedings. It rather feels like the band have been out in the Mediterranean sun a little too long and then recorded a rather half-hearted record. Occasionally the pace increases and some intricate guitar leads add to the melody nice but on the whole this album is just far too pedestrian in nature to elicit any real excitement. (Luke Hayhurst)