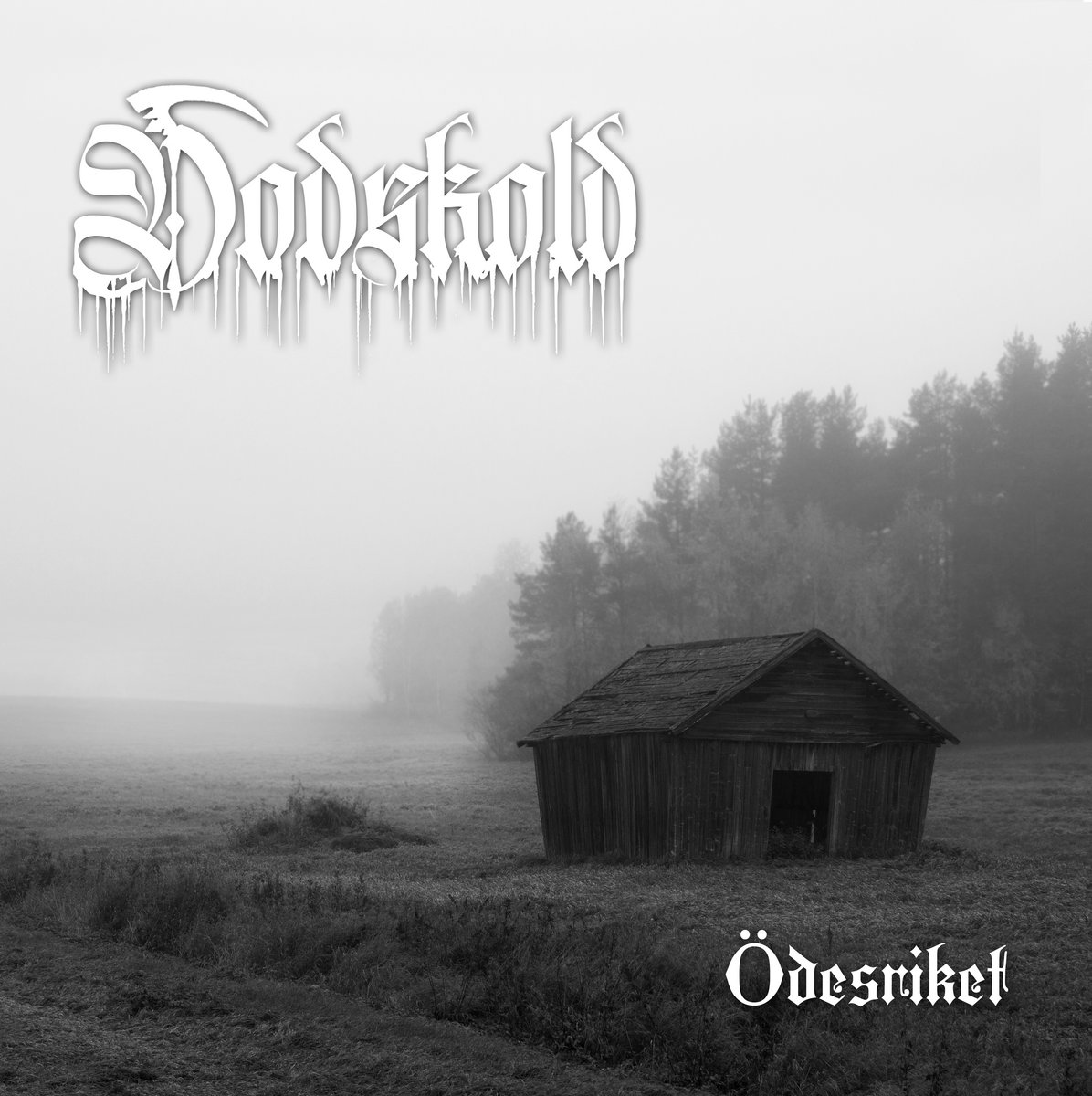 I am in a motherfucking bad mood, the weather here in Belgium sucks cock big time, it’s cloudy and cold outside and I am fighting off some inner demons, …let’s play some Swedish Black Metal to bring some happiness into my life.

Out of my high fidelity set comes out scraping Dodskold, translated, “Death Cold”. Being death cold was something my ex-wife was an absolute genius in, she was that excessively passionate that I had to wear a fucking ski suit lying next to her in our marital bed during mid fucking summer. Fuck !!!  My mood hasn’t really improved now after reminiscing about those happy days.

Yet I am drifting off.

A little bit of research teaches me that Dodskold has been formed in 2020 and Odesriket is their debut album, containing seven tracks, all performed in Swedish. The shortest track clocks out at five minutes, the longest at seven. Ideal for keeping my short attention span pretty tense.

“Sista Ridten” opens the Swedish festivities with a stomping pace, by varying slightly in speed, Dodskold builds up an icy and dark atmosphere. During the second track, “Döderskan” (“The Dead Wife”, surely this albums has been made to piss me off)  the influences of Mgla slumber in everything. The build up of the track, the pace, the use of cymbals in a varied an musical way.

“Ty Doden Ar Lifvets Lon” opens with polyphonic chants and immediately grabs my attention. It is an introduction to a compelling and intriguing composition, which makes this song a truly grim sounding beast.

Although Dodskold has many strong and compelling moments, there are also less gripping compositions, which sometimes causes Dodskold to fade into the background while I take my old ski suit out of the closet to put it in a garbage bag.

Yet considering that this is their debut, I’m really looking forward to their sophomore album. (franki_boj)