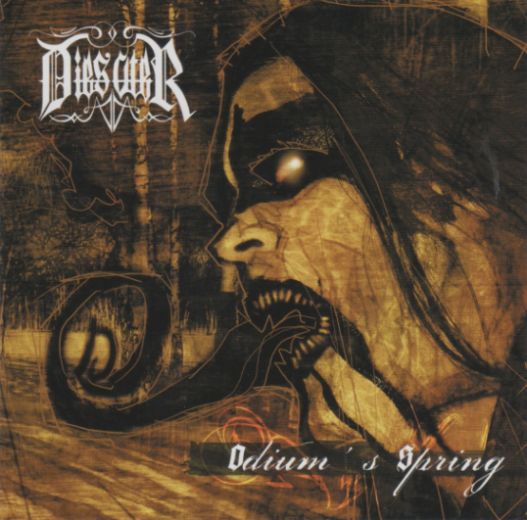 Even though they don a fair dollop of corpsepaint here and there, Dies Ater do not always look like your typical black metal band. Their image is slightly more arty and the brown hues that kiss the packaging of their Twilight debut “Odium’s Spring” are in keeping with the rather unique German approach to metal’s most feral subgenre.

This is Dies Ater’s fourth full length and their first in four years. A single and an EP surfaced in ’04 but then, silence. Until now… “Odium’s Spring” presents nine movements including the obligatory bookends. The sentiment behind ‘Hail Old Times!’ is obvious but the actual working isn’t quite as retro as one might be inclined to expect. It’s kinda grand and epic-y.

With a keyboardist on the team, an element of symphonic might is added but the keys never dominate proceedings and for the most part we get two guitars spliced by punching drums with varied vocals on top. There’s a lot of melody involved and Dies Ater – though aggressive in their own right – are certainly more Dimmu Borgir than Emperor.

All in all, another competent exercise in melodic black metal that won’t tempt you to burn down a church or kill a homosexual but may provide ample entertainment if you enjoy BM with a proper production and a big, chunky feel. There’s no denying that these guys do what they do well. Though pleasant and easy to listen to, this is also more enjoyable than I like to admit. (GeraldR)