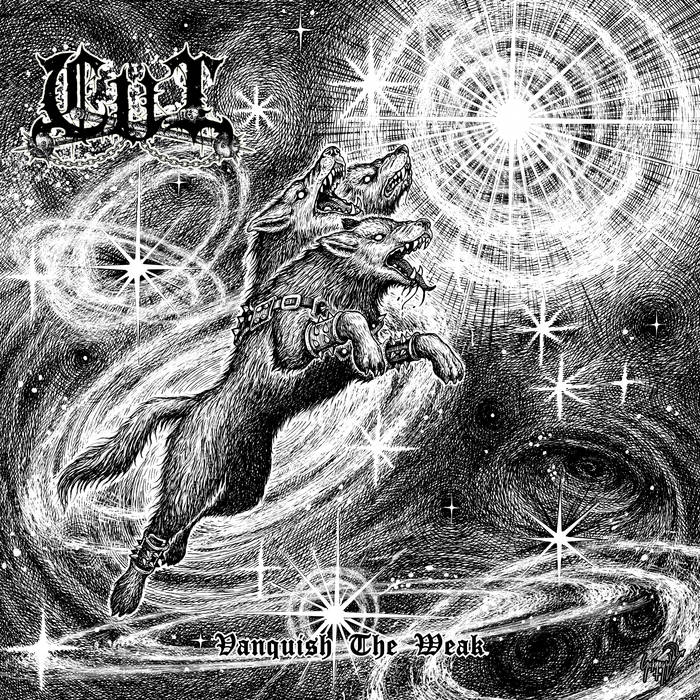 That disgusting and totally depraved Black/Death Metal is no longer limited to a few of those early bands like Blasphemy, Naked Whipper and Archgoat is not quite a secret, yet the amount of bands pulling off a sound that is crunching and devastating enough to near the initiators is still rather small. The last three decades we have seen some good bands defending the honour of a genre that always kept its small audience. To that small but dedicated sub-sub-genre, we can now also add Cut from China.

In the right tradition of the genre, Cut is plodding through a muddy sounding wall of guitars and thundering drums as well as low guttural vocals. The short bursts of drum frenzy and the grinding guitar sound are very reminiscent of anything that Proclamation did, but with a slightly more Death Metal edge to it, nearing Teitanblood in tone. Take a listen to the amazing ‘RIPerfect RIPhierce’ track, that has some total crushing riff that tends to almost groove its way through the song. Its relentless pace and pummelling is charming and appealing at the very same time, just in the very same way that I love listening to the sheer and unadulterated violence of Blasphemy’s ‘Fallen Angel Of Doom’ or ‘Gods Of War’, or any of those Proclamation, Teitanblood, Weregoat, Demoncy, Pseudogod, Abysmal Lord or Sadomator albums. If you happen to feel the same sort of strange attraction to that nefarious wickedness, then you definitely should not pass by this great band. Unfortunately ‘Vanquish The Weak’ has not yet been released on vinyl yet, but I would be surprised if that wouldn’t happen in the coming months.

My knowledge of the Chinese cultural society is too limited to comment on it properly, but it seems that this huge country is slowly but surely starting to offer its own metal scene to the world. Not only is there a growing number of bands coming out of China, also various labels are starting to pop up. Due to the limited amount of Chinese metal bands I have heard it might be too early to comment of the offered quality of Chinese metal, but it is fair to say that Cut definitely is so far the best band that have reached my ears.