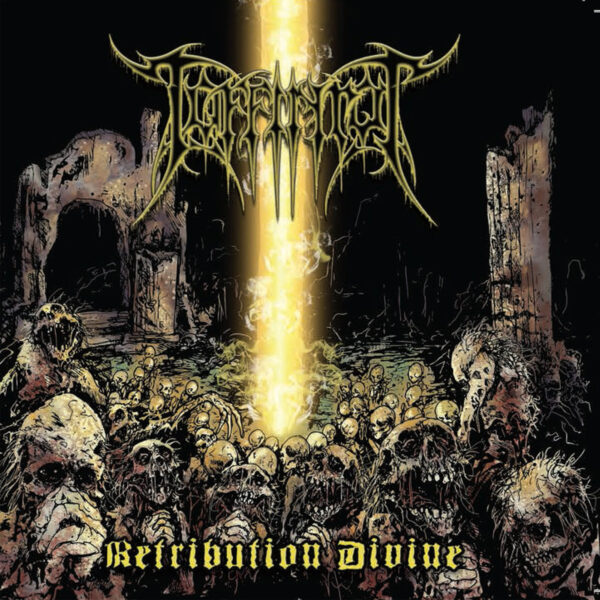 “Retribution Devine” is the debut album from Coffinrot (Minneapolis, Minnesota), which is released by ZeroBudget Records, and brings you a modern style of death metal with relentless drum blasting and slamming guitar riffs accompanied by the traditional dual style vocals of death growls and high pitch screeches, a bit like The Black Dahlia Murder or Cattle Decapitation. They inject a high level of melody into the guitars on this album which is appreciated because many bands just bring the brutal heavy riffs and forget about having melody to keep the listener engaged.

Speaking of brutal heavy riffs, there are plenty on this album, the guitars give off a Malevolent Creation/Suffocation vibe. The lead guitars on the album are a stand out, very competent and well placed. On tracks like “Husk of Skin” and “Sentenced to Serve”, which are both the stand out tracks for me, the lead guitars take on a eerie almost haunting vibe in the background which creates atmosphere to match the melody and heaviness of the riffs. The songs will definitely get stuck in your head. Lyrically the album is heavy on the surreal horror themes and general violence/gore themes known to the death metal genre. Overall “Retribution Devine” is a strong debut album that will please any death metal fan. (Ted Gloom)