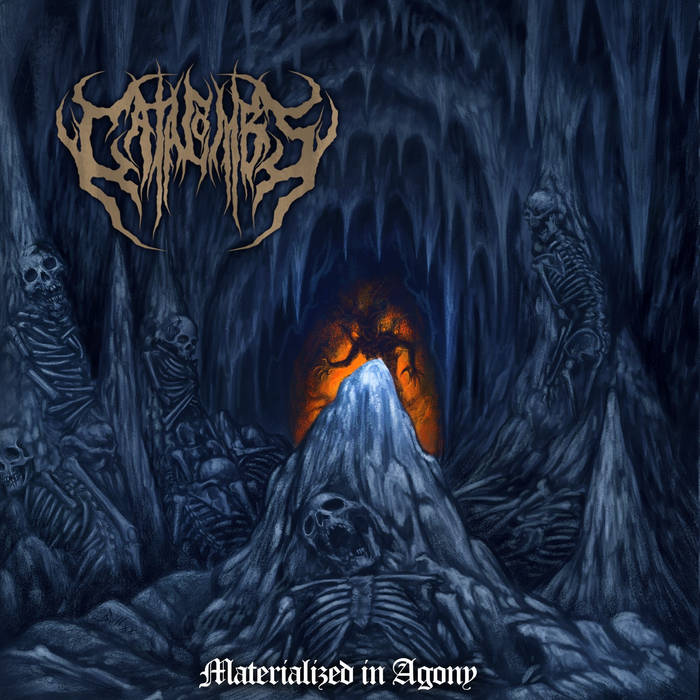 After a promo CDR that the band spread around at the very end of 2021, the Colombian Death Metal band Catacombs were able to strike a deal with War March Records for a release of their debut album. A few months ago that debut album was released in the form of ‘Materialized In Agony’.

The Colombian trio are following the paths of their compatriots of Internal Suffering, blasting around a sort of Death Metal that has similarities to bands like Suffocation due to their (in this case) slightly technical approach but also have a decent Old School back ground. This balancing act between a more Brutal sort of Death Metal and an Old School styled approach gives them a bit of a unidentifiable sound, which, at the same time, feels pretty familiar. Nice choppy riffs, some good guitar leads, excellent drumming and an impressive vocal delivery make ‘Materialized In Agony’ a very good debut album that will appeal to fans of early Suffocation, Iniquity, mid- to later Sinister and Internal Suffering.