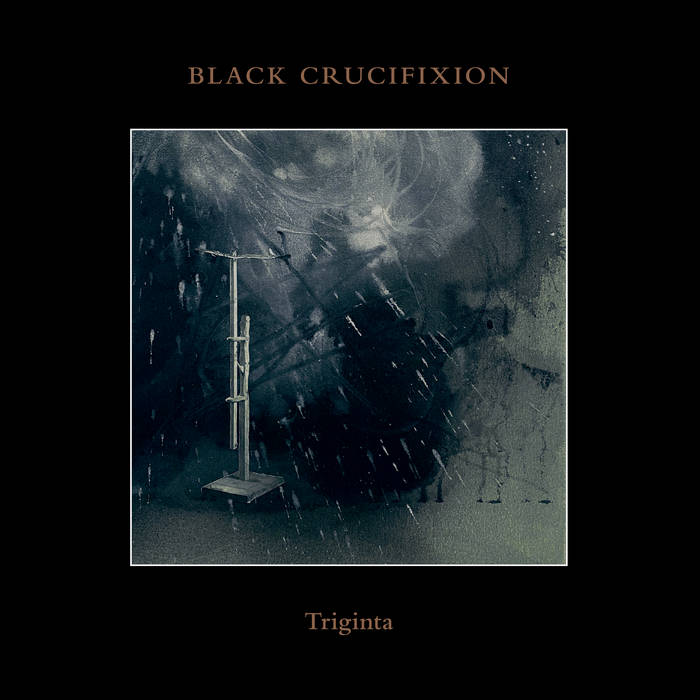 When talking about early Finnish Black Metal, the same names invariably come up: Impaled Nazarene, Beherit, Barathrum and Archgoat. The latter only released two demos and an EP before disbanding in 1993, only to return to it in full-blown chaotic and evil darkness 2004, leaving a definitive mark on the Finnish Black Metal scene from then. What is left are the first three, personifying those early stages of Finnish Black Metal. But in those embryonical years of Finnish Black Metal, there were a few more bands, but most of them never got anywhere and about all of them dissolved without leaving any memorable trace. This is basically how every musical movements start, some bands being able to reach bigger audiences and others simply got bogged down into oblivion.

Amongst those early adopters is the curious case of Black Crucifixion. Founded as early as 1991, but not contributing equally to the development to the Finnish Black Metal scene, the band remained mostly unnoticed. Besides an early demo, the band’s only feat was their Lethal Records released ‘Promethean Gift’ mini CD, which showed a band that had quite a distinctive sound. Their take on the scene was branded on a more doomy approach and creatively a bit more adventurous, incorporating more than the usual evil spirited darkness and aggression. Basically that mini CD was musically found somewhere between Samael and Sadness, both from Switzerland. Their way of blending mournful doomy passages and acoustics into their Black Metal, made them a bit of the odd man out in those early 90’s Finnish Black Metal scene.

It took the band until 2006 before they were able (or willing) to release their first album, awakening from a 13 year hibernation. By now, the band have released four studio albums through labels such as Soulseller Records and Spinefarm Records. But still, even today, the band never got much attention. Whether it is their extraordinary way of crafting their black arts or just because they feel more comfortable in some sort of an outcast position remains unclear. But fact is, musically, they are offering something that is rather unique, even today.

On ‘Triginta’, released by the end of last year, the band presents some sort of a mishmask of tracks. I tried to figure out what I have been listening to, but also on this matter, the band is veiled in mist. What I can tell is that the first three tracks are some sort of a pre-production and the majority of the tracks presented are live recordings, with most of the songs taken from their ‘Faustian Dream’ album from 2006. They are all presented in a considerable quality, so the listener isn’t treated on some rehearsal sound. At least it is less raw than their live recordings from the legendary Day Of Darkness Festival from 1993, where the band played alongside bands like Impaled Nazarene, Beherit, Demigod, Amorphis, Sentenced and Belial (what about that line-up?).

Though I always admired the bands’ persistency and pig-headedness in their approach of crafting Black Metal, I don’t think this compilation album adds anything worth spending your money on. I would rather recommend you buying some of their older albums, or even better: try getting a copy of ‘Promethean Gift’, which is just a criminally underappreciated gem in Finnish metal.