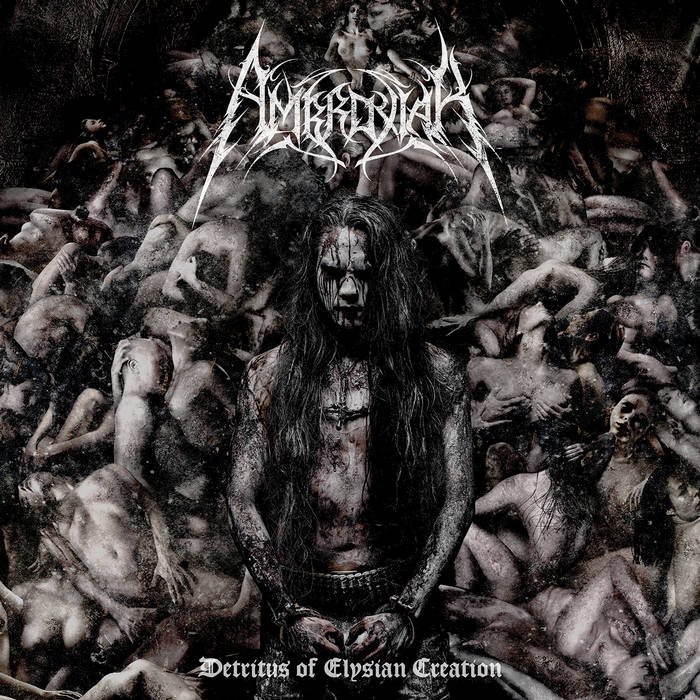 Back in 2021, a debut album by the name of ‘Detritus of Elysian Creation’ was unleashed on CD by South Korean Black Metal artist Pandemonius and his one man band Ambroxiak, with the release being handled by Wolfmond Production. (And has since had an independent cassette release) Pandemonius is a busy man it seems and is very active in bands such as Symphonic Black/Gothic/Death Metal band Dark Mirror ov Tragedy amongst others, but has decided to try a release all on his lonesome for this Ambroxiak release.

The first things that spring to mind on first hearing opening track ‘Utter Emancipation’ is the raw power of the track, and the unrelenting manner of its delivery.  The drumming display is forth right to point of grievous bodily harm, I imagine on the drummer and his intended victim, such is the whiplash effect of his style. Furthermore, the guitar tones are bleak, cold and steely, the bass play is thunderous and punishing, and lastly the vocals, which are raw, savage and primal sounding. There is a surging, urgency about this music, and whilst there is a slightly melodic undertone running throughout the album, even that has a grinding cadence to it.

If I had to throw one criticism of this album at Pandemonius, it would be the lack of diversity in the song writing department. This is an album that feels intent on damage, on crushing all before it. That isn’t necessarily a bad thing but for my own personal tastes I like something more varied. That said, the more melodic nature of Pandemonius’s other bands may have led him to try and create something different, and what could be more different from the melodic than uncompromising hostility and aggression?

Despite the lack of variation to this album, the sheer aggression and determination, mixed with the high quality of musicianship and the overall dark atmosphere makes ‘Detritus of Elysian Creation’ a very worthy album to listen to.