Rigor Sardonicous – “We simply create what is most appropriate for us. Often it seems to arise from elsewhere and we are just conduits, as many are familiar with on their own.” 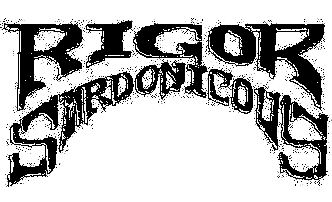 I was stunned by the sheer crippling heaviness of the new Rigor Sardonicous album, their first for many a year! So I sent some questions over to the American Death Metal duo and Joseph J Fogarazzo told me about their penchant for using Latin, the bands history and influences, and of course their up and coming album.

It has been over a decade since your last album was released. Barring a few smaller releases scattered here and there, what have the pair of you been up to in the intervening years?
We released ‘Ridenti Mortuus’ in 2018. Many consider that a 4 song EP but as it is nearly 33 minutes long we consider it an album. I was playing in Teloch Vovin from 2012-2018 and so that and life matters refrained from much Rigor activity.

Once more you have stuck with the Latin language for your new album. ‘Praeparet Bellum’ or Prepare for War (I think) is due out in January. What is it about the dead language that draws you to it?
As Latin was spoken by the church, and still is in some particulars, and being that the church has a very dark history, it always seemed dreadful and mysterious and that atmosphere fits us. And yes, ‘prepare for war’ is the correct translation for this album title.

Your new album is quite simply crushing. You never deviate in pace but the sheer intensity, in the vocals and the riffs especially, are pure unadulterated audio oppression. So that is my thoughts on the album. How about yours? How do you feel about your latest opus?
We simply create what is most appropriate for us. Often it seems to arise from elsewhere and we are just conduits, as many are familiar with on their own. I am sure psychologists can have a field day analysing us for our works and let them, if they are so inclined. We would be interested to hear what they say but for us it stems from our disdain of life and this world and we seek to be among the darkest and heaviest sonic vibrations.

Memento Mori have released the album, as they did with your previous album. How did your relationship with the label come about? What is it that keeps you with the same label?
We came upon each other looking for someone to release our 2012 album, ‘Ego Diligio Vos’. They are willing to take the chance on this new album and we are very grateful. It is a good label with lots of respect in the scene and good bands so do please support them. 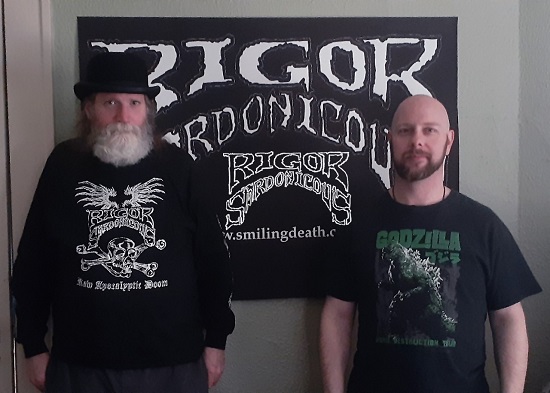 Has there been much reaction from zines and magazines thus far for the new album? Are there any comments that particularly stick out?
At this point there has only been the initial PR release. We are very pleased with its presentation and feel it is quite accurate by saying, “You don’t “listen” to this album, and you most definitely don’t “endure” it; its ominous corpulence is only experienced. Bleak? That’s simply too fun.”

Let’s go back to the beginning of R.S. How did the pair of you come together to form the band? Did you have a style in mind when you started or did your sound form organically over time? How did you come to choose the name Rigor Sardonicous?
Glenn founded R.S. in 1989 and then joined another band that I later joined. When that band ended in 1991 he put Rigor back together and asked me to come along. We had a drummer at first and Glenn used the drum machine to demo songs but the drummer did not last so we ran with the machine. Glenn had a vision from the start and I grew into it and we just ran with it and didn’t stop. He came up with the band name based on a story and film titled Mr. Sardonicus.

Which bands did you both grow up listening to? And which bands popped your Death Metal cherry? Which bands would you say have a direct influence on the R.S. sound?
KISS, AC/DC, Led Zeppelin, Ozzy, Black Sabbath, Iron Maiden, Def Leppard were the common since they were in the record pile. When I started getting them on my own I got Sodom, Bathory, Celtic Frost, Venom, Mercyful Fate, Possessed, all the initial classic bands and then kept getting heavier. The slow and heavy parts we liked but felt sometimes that they were used a filler riff and we wanted that as the emphasis throughout so in a way we developed out of what we felt was a lack of what we wanted to hear.

You have been plying your trade for a few decades now, and you must have seen bands come and go frequently over that period. What are they keys to your longevity?
We still feel the same about music as we did then and share the same hopeless vision of life. Some bands, especially when popular, diminish their inner turmoil and rage but I feel that even more intensely than when I was a dirtbag metalhead living in a ghetto during the satanic panic years.

What are your favourite memories from being a part of R.S. for so long? And on the flip side of that, what have been the most difficult experiences?
Being able to establish our own voice with our sound was always the goal and for better or for worse we did that. At the same, when starting out, we were surprised by the push back we got. We knew some would not be akin to what we do but it got weird. We were ridiculed for labelling ourselves as Doom and apparently we did not fit the social criteria that was established for that. Incantation, Obituary, and Autopsy were openly acknowledged as having Doom elements, and those elements inspired us, but we were dismissed from it for reasons that were never clear to us. 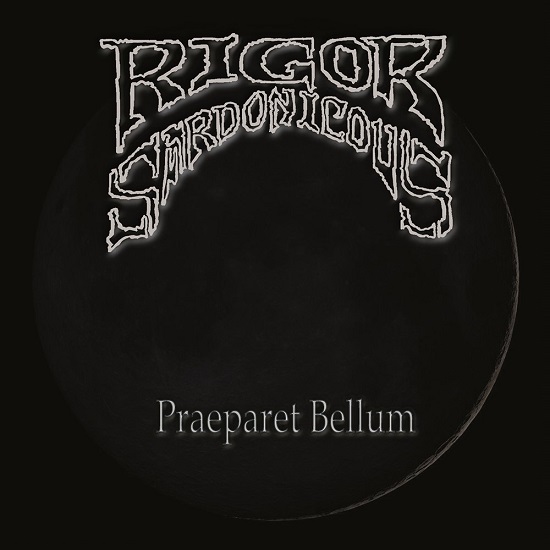 Where does the band go from here? What are your plans for the next 12 months? Is there another release in the works or will you let the anticipation build once more?
There is nothing set right now. This album completion was delayed for a year due to surgery, injury, and life. There is every intention and desire to continue as it is able to happen.

This is a question I always like to ask; do you follow your local Death Metal scene? If so, are there any bands or labels, maybe even zines that you would like to recommend?
We do not follow the local scene that closely but I am also in Dimentianon. The vocalist runs Paragon Records, which put out several of our earlier albums. There is a good podcast done locally called Heavy Hole which features lots of great interviews. Though we like the music we hate dealing with the world a bit more.

That is all the questions I have for you. Thanks again for taking the time to answer my questions. I shall leave the final words to you.
Thank you for this time. Anyone, our fans, those curious, and our detractors, may find us at:
https://rigorsardonicous1.bandcamp.com/
https://www.facebook.com/RigorSardonicous.Official