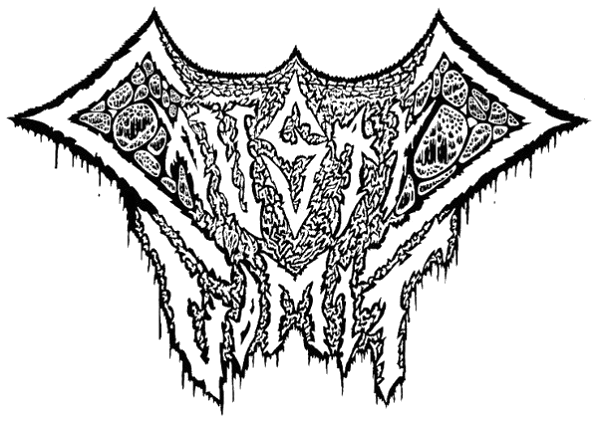 If you aren’t able to follow every demo release on Youtube, Bandcamp, Facebook or any other online social network / streaming service, we’re glad to help you out a bit. 2019 just started with a maelstrom of nice demos and Caustic Vomit from Russia released one of them, spewing the putrescence hailing at the altar of ancient morbid Death/Doom of late 80’s and early 90’s as they describe it themselves…we just had to send them a couple of questions and an introduction is unavoidable…(Ricardo)

Caustic Vomit is a putrefying death/doom gathering that was (de) formed on the ashes of our previous black metal project which didn’t end well and went into total obscurity. All members came from that project and the whole decomposition started around 2017, with a new approach and direction that is late 80’s and 90’s death/doom.

You’ve recently released your new killer demo “Festing Odes To Deformity. Tell us more about it.

We recorded it at our rehearsal room, which is actually a quite small basement-like space with no windows or sound isolation, so the overall mix sounds as raw and as brutal as when we’re playing on rehearsals. Everything was mixed/mastered/produced only by us. This was a concious approach which led to exact type of sound that we wanted to capture and emit through the record. The reactions have been well responsive so far and we hail every fiend who spoke/wrote/vomited on our demo. 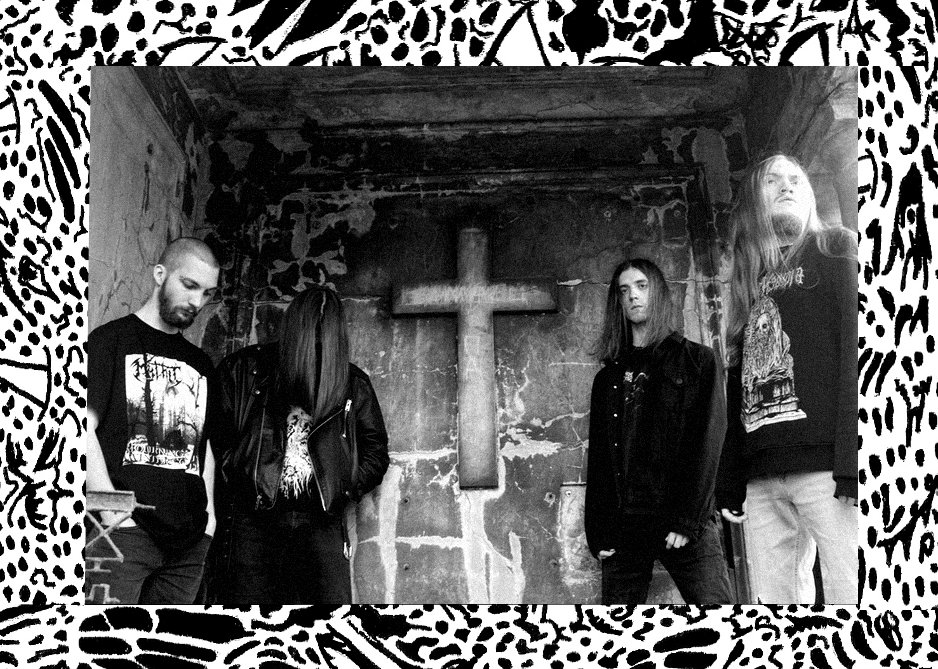 We already knew Thomas because of his connections with some Russian bands such as PYRE and CIST, he was repressing a PYRE record and releasing the new, absolutely slaying, CIST record THE FROZEN CASKET. Our collaboration was imminent, so once we put our slimy stuff on bandcamp we got in touch with him and you already know the rest. As you mentioned, we are totally into tape format, considering it perfect for demos and ofcorpse we’re appealing to ancient times of death metal and metal underground at all, when tapes and tape trading had a cult meaning. It still remains so for us and for many braindead maniacs like us. Also it definitely would be SICK to press the little foul thing on wax but nothing is on the horizon yet…

Let’s talk about the near future of Caustic Vomit, like expectations or new material even?
Can’t tell if they differ much or not at this point, but fresh purulence is already oozing… once it will get to the appropriate stage of decomposion (meaning the most ROTTEN one) somehow it will leak into the world… slowly but surely.

No expectations but gradually liquifying into a bloody pulp and infesting human every way possible, such as playing shows with rotten fiends like us and doing the next rec(reek)ord.

Thanks for introducing the guys behind your Ancient Death/Doom to our readers!

We hail every mindrotten death/doom freak who supported us in any way, also we can assure Caustic Vomit will emanate more catacomb gloom this year. Submit to putrefaction…