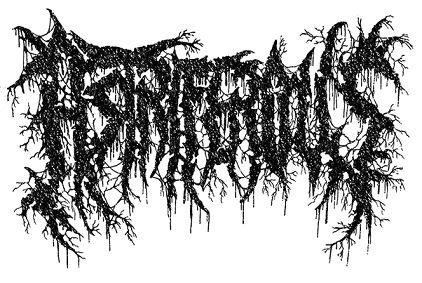 “Raise High the Scepter of Indulgence” by Astriferous from Costa Rica, is one mighty demo if you are into some Old School Death Metal. I mentioned Cemetary, Demigod, Depravity, Deicide and Autopsy as influences and those are quite different than the other band Astriferious is connected with and gained interest from the underground, namely Bloodsoaked Necrovoid. Let’s just begin with asking Felipe (guitars & vocals) the simple question, why does Astriferous exist… (Ricardo)

Federico and I used to play in Corpse Garden for a few years, we had the urge to play death metal in a more traditional way so we began getting together to come up with riffs inspired by the Swedish and Finnish scenes mainly. When we managed to pull off a few songs for a demo, we started to look for a bass player and a drummer. The four of us have been friends for a long time, so we decided to ask Andy and Jose Maria to join us since they are also into the sound that we were trying to achieve.

We felt, at the moment of starting the band, that no one in our local “scene” really follow the type of style and aesthetic we love and worship about death metal so we started by focusing on giving it that approach to the music: bands like PURTENANCE, CONVULSE, DESULTORY, DISINCARNATE, MORBID ANGEL, IMMOLATION, INCANTATION..not only the sound but the aesthetic as well.

What appeals to us, aside from making sick riffs and crushing songs, is that death metal can really be shaped in whatever form is desired in terms of pace and style.. you can have really fast riffs with d-beats and then a doomy section or a really technical stuff; you can go from full caveman and then start getting really atmospheric and feel in a bottomless pit or a cemetery horror scene.

We recorded the tracks live at Saturno Music in Moravia and later Federico, who had mixed and mastered both Bloodsoaked Necrovoid demos, decided to do the same thing for this one. We produced it ourselves basically. It has been very well received, although we don’t really pay attention to that type of thing, we just want to continue to make riffs and release music. The artwork is pretty straight forward and not really open for interpretation, we wanted something simple and brutal for a demo cover and that had to do with the demo title.

For this release, I wrote the lyrics. It is not conceptual, however, we try to be consistent with our message and the aesthetic that we consider suits the music. Death metal serves as a vessel for messages of a specific nature so we like to deal with themes of existentialism and mysticism from a cosmic horror perspective that, in our opinion, is a great complement to the sound of the band. There’s multiple Thelema references as well, books such as Liber L Vel Legis, The Vision and the Voice and The Book of Lies are big influences for ourselves lyrically.

Desert Wastelands Production…Me Saco un Ojo Records…Tapes….Go!
We contacted them and offered both DW and MSUO to release our demo and thankfully Sean/Derek and Jesus supported us and made both releases possible. There are no plans for the future but we really hope to work with them again for sure. We think death metal on cassette tape sounds best, it’s a great match and especially for a demo. There is a romantic feel to it as well. There are no plans to release it in either format at the moment. 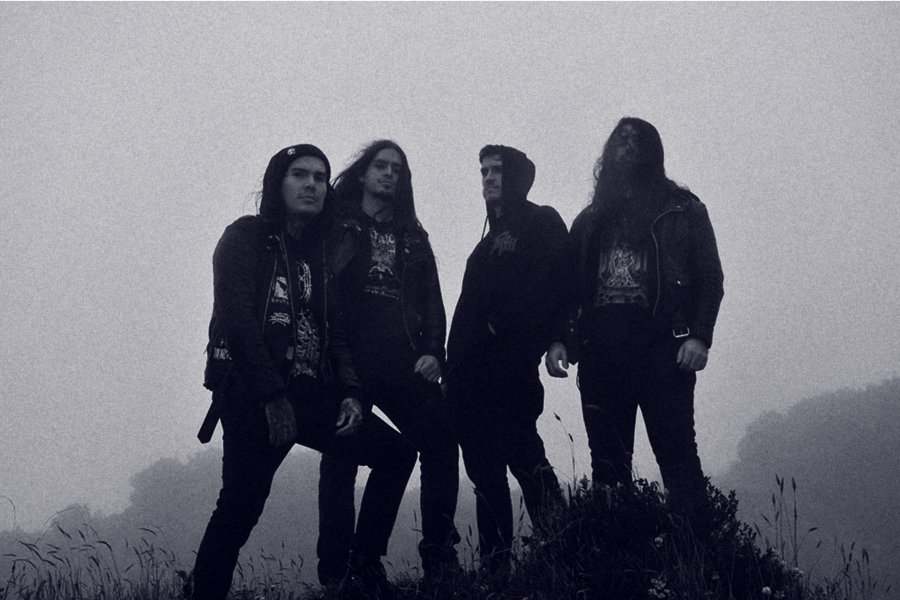 And what about the (near) future?
To write more music and record/release it and try and do tours overseas as much as we can. We already have an EP ready and a split (that we can’t give away any details at the moment) and we’re hoping to record all of them on September. New songs are different from the demo for sure, we’re trying to maintain the same style but at the same time to push its boundaries.

Some of you are involved with other bands, like Bloodsoaked Necrovoid who will release a new split with Ratlord on Testimony Records soon. Any news on you would like to share on Bloodsoaked Necrovoid and Corpse Garden for example?
Federico and I are no longer a part of CORPSE GARDEN. BLOODSOAKED NECROVOID are currently writing their full length debut. LIBEROSIS is currently writing more songs as well!

Are there any bands or albums of your recent playlist you would like to mention? A rediscovery, an overlooked gem or an unsigned demo band that deserves attention? Any other bands of your region of Costa Rica that are worth mentioning and to check out for our readers?
Ahh that’s a tough one….we’ve been jamming those two MALIGNANT ALTAR demo tapes as well as UNDEATH, FROZEN, SEDIMENTUM and OSSUARY demo tapes.  Other bands we’re listening to would be the new SUPERSTITION and FETID records and looking forward to TOMB MOLD and CEREBRAL ROT ….there are just too many good releases to keep up! Aside from blasting “Slumber of Sullen eyes”, “Psycostasia” and “Slowly We Rot” all the time. From Costa Rica definitely check out PESADEZ, PAZUZU, PSEUDOSTRATIFFIED EPITHELIUM, MORBID FUNERAL, LIBEROSIS and ORDO CAPER.

Thanks for your time! Before we wrap up this interview, do you have any final words or thoughts?
I think after this deep interview there is nothing left to be said, thanks for all the support!