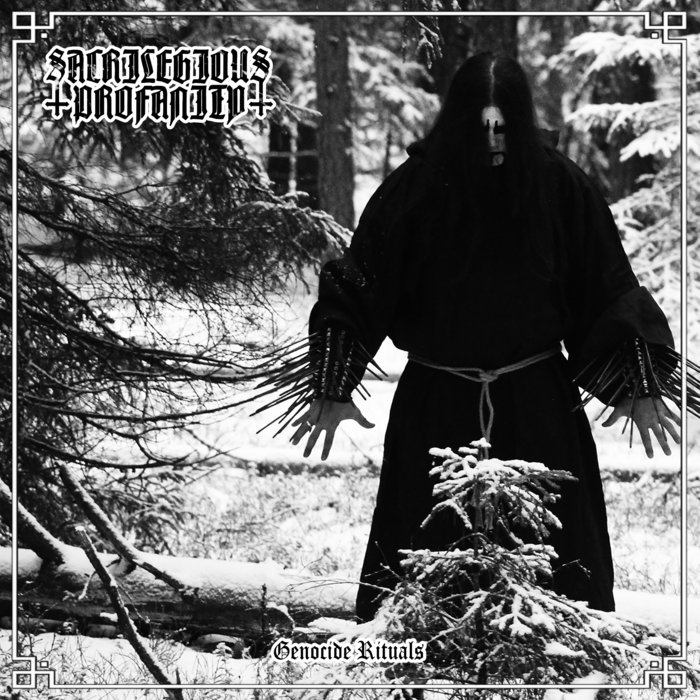 Judging by the title of the third demo, “Genocide Rituals”, I have a strong suspicion that this gentleman isn’t a convinced member of the Woke movement. Based in Minsk, G.W. terrorizes our nervous system with skull crushing, uncompromising, old school Black Metal. “Life Abomination” sets off ominous, based on a mid-paced tempo yet it isn’t until halfway the second track “Necroritual of Immortality” that G.W. unleashes all of his demons with furious blasts and skin scraping riffs, effortlessly maintaining this blistering pace during this eight minute lasting beast of a track.

As a matter of fact there are four tracks out of six clocking out above seven minutes, now usually  I ain’t no big fan of songs that last an eternity, but G.W. keeps your attention fixed by using cinematic soundscapes, sparingly embedding death grunts and the use of strong riffing splitting these monster tracks in more manageable parts.

Thanks to the clean production, the displayed speed, precision and relentless aggression, this gem really peaks out above mediocrity. If you like your Black Metal served chilled, pvre and fvkking hard as nails then I would strongly recommend giving this demo a spin. (franki_boj)