Ravenoir – In The Womb Of Sin 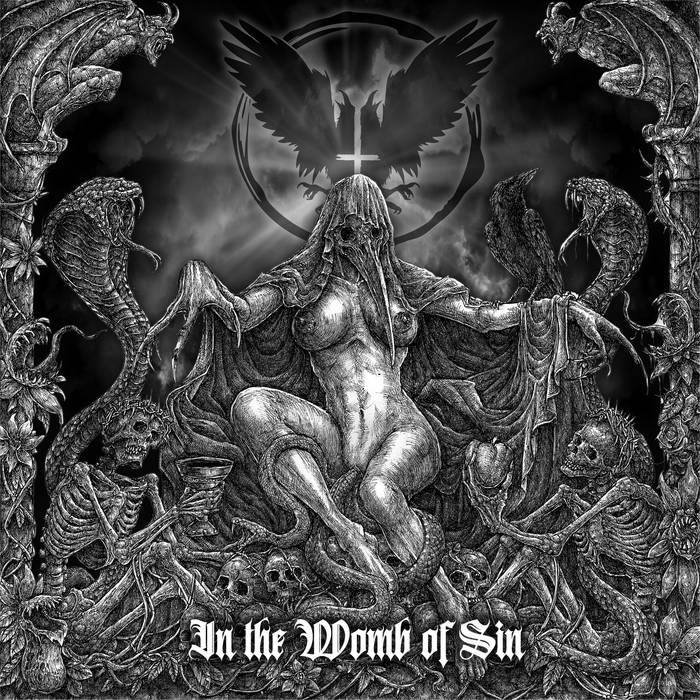 Ravenoir from the Czech Republic was founded in 2020 by two members who were then still part of the legendary Root. Their new band was supposed to fill the hole that the slowly dying Root was going to leave behind. After years of inactivity, Root finally folded in 2022, only a few months before Jiří Valter, better known as Big Boss, would celebrate his 71st birthday (!). In the meantime his former bandmates already released their debut album, ‘The Darkest Flame Of Eternal Blasphemy’, on which they presented themselves as a fairly modern sounding Black Metal band.

On this subsequent release, the band further built on that sentiment. With a rather big production, sound wise, and riffs that can be labelled as Death-like Black Metal or Blackened Death Metal, depending on your point of reference, Ravenoir finds itself somewhere in the twilight zone between both extreme metal genres. Resemblances to bands like Behemoth or Belphegor are quickly drawn, but its melodicism and riff-heaviness also makes that a comparison with later Rotting Christ or even Celtic Frost (‘Monotheist’) pretty appropriate. But, frankly, overall ‘In The Womb Of Sin’ kind of feels like an epigone. And as an insult to injury the cheesy kind of movie samples and a rather flat sounding vocal delivery by Aleš Dostál are not really beneficiary to the overall experience either.

Despite of the good production, musicianship and the very decent song writing, ‘In The Womb Of Sin’ leaves me a little untouched. A bit indifferent even. Without having a lot of solid arguments why this album does not hit the right buttons, it just feels a little stale.