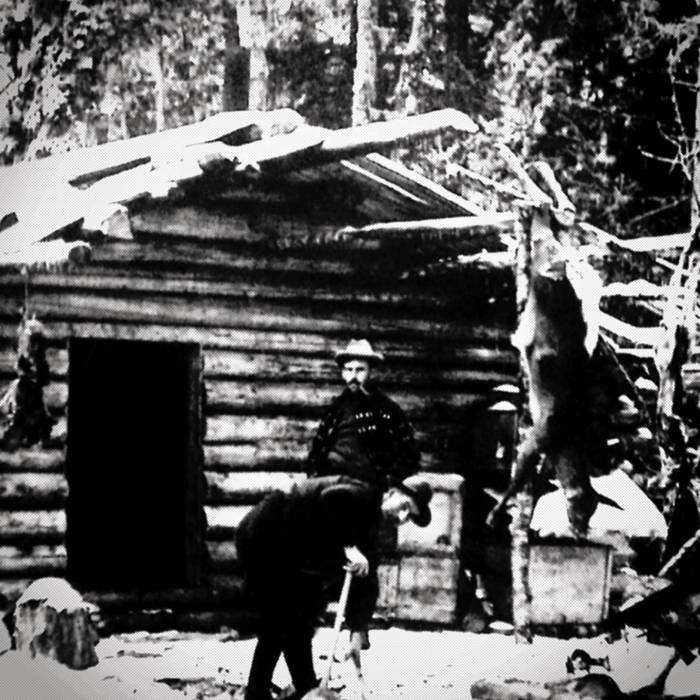 USBM trio Northern unleashed their second full length album ‘Cabin Fever’ in 2021, the follow up to 2018’s ‘Desolate Ways to Ultima Thule’ that was released via Moribund Records. This time around Sinistrari Records have done the releasing honours with a CD offering being put out.

The definition of Cabin Fever is extreme irritability and restlessness from living in isolation or a confined indoor area for a prolonged time. Well Northern capture that superbly with their instrumental opening track ‘The Pangs of Nature’s Indifference’ which through a collection of dark and harrowing sounds manage to convey a true sense of desperation; an overriding sensation of unease that claws and tears at the nerves relentlessly.

Rather than just focus on the unbearable consequences of Cabin Fever, Northern also focus on the darker, more inhospitable sides of remote living such as through the rough, reverb drenched tones of ‘Hypothermia’ which sees the band plough through a mid tempo track which showcases the bases raw and aggressive tendencies, before exploding into a bass laden barrage of somewhat lo-fi blast beat driven fury. The production during this album does become something of a talking point as at times the sheer aggression precipitates the music to be lost in a maelstrom of fuzz and static, whilst for tracks such as ‘Outsider’ the sound is far more low key, and the guitar melodies are given kore room to breathe and flow. A down side to this though is the clunky nature of some of the drumming on offer, which was hidden during the bands forays into the more noise fuelled elements of their sound. Its all very well a band leaving in the mistakes for a more authentic approach, but here the mistakes and dropped notes and beats become too commonplace to be written off. truly Northern are a band who sound better at high speed, such as for large parts of the album title track which spans over six minutes and is the bands most expansive track on the album.

Whilst by no means a terrible album, ‘Cabin Fever’ is riddled with errors and sloppy musicianship, and whilst the band do succeed in creating an overwhelmingly uneasy sound in the early stages, the album deteriorates as it progresses; though there are some interesting atmospheric flourishes later on. ‘Cabin Fever’ will certainly find its own niche and its own fan base, but this is too error prone for my own personal tastes.