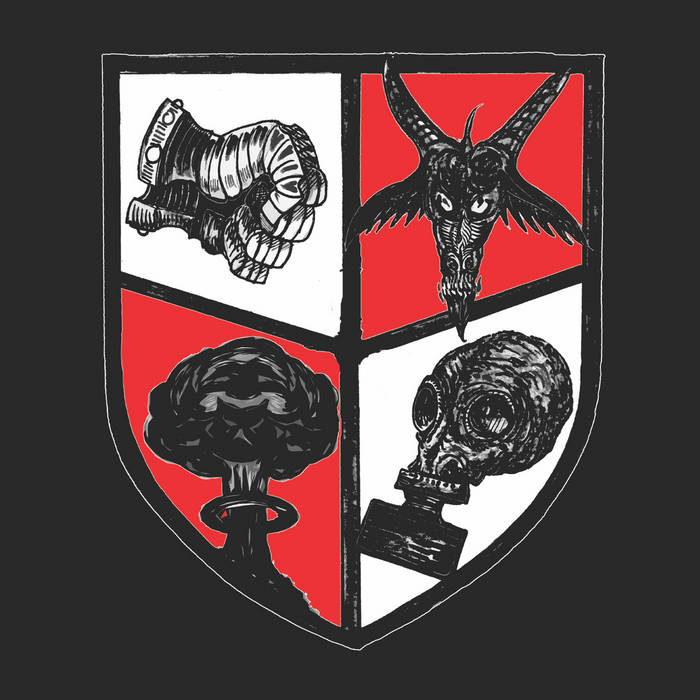 Black/Death Metal trio Order of the Iron Fist from Campobasso five zero fucks about sounding listenable and instead their two tracks are spent battering the listener into submission through unwavering and unholy drumming, harsh vocal work and a riff style that simply bludgeons and batters and breaks all its way.

Next up is Necroprofanator, hailing from the same town as OOTIF and also featuring the same drummer, Nun Molester. This bands two tracks are seriously lo-fi and raw, with no real bass to their sound to speak of, and the previously mentioned Nun Molestors signature zero fucks given style. Just as unlistenable to the majority of folk as OOTIF were, but with a way less impactful sound due to the production levels. that said at times Necroprofanator do blast out some passable catchy riffs and even tinker with a little pace change here and there. Good for them.

All roads lead to Rome so they say and our next stop off is indeed in the heart of the empire. Roman duo Intolerant get a whole three songs and churn out an Industrial sounding brand of solo heavy, fire breathing barbarity that is more noise than anything else. Incredibly lo-fi, the beats sound like something from an 80’s arcade game and the riffs are predominantly buried beneath the loud vocal mix.

Finishing us off, one feels almost literally, is Blood Artillery, the solo project of Intolerant’s Soul Devourer… so in truth I’m not hopeful that this is going to rock my world. Whilst clearly more Black Metal orientated, this insanely aggressive lo-fi slab of Black/Death Metal hostility is probably the most coherent display from all four bands but doesn’t increase the overall quality much.

A truly dreadful release that I hope to never again have to endure. (Marksson)

Order of the Iron Fist