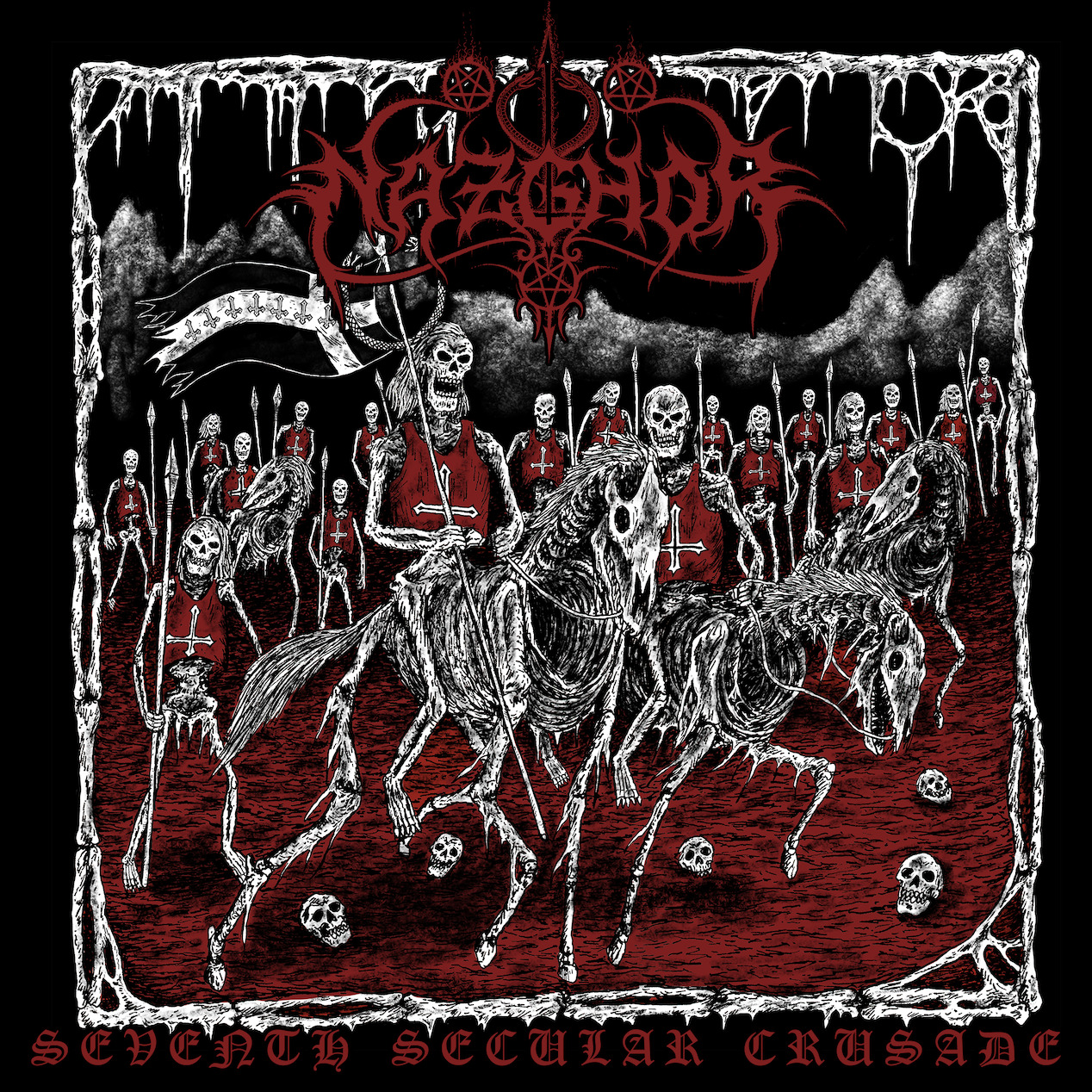 Swedish Black Metal band Nazghor was founded in 2012 and have been releasing six albums from 2013 to 2017, which made them one of the most prolific Swedish Black Metal bands of the 10’s. But after the 2017 release of ‘Infernal Aphorism’ things went suspiciously silent, it took the band five years to come up with a new album. I am not sure whether it was a deliberate choice or maybe Covid-19 threw a spanner in the works, but everyone with a soft spot for fast, melodic Swedish branded Black Metal can indulge themselves.

Though in that five year gap, which might have felt like forever, not much has really changed. A good thing that has changed though, is that this album is a lot shorter, clocking just under 40 minutes instead of the full hour like most other Nazghor albums, giving the album a much hookier and catchier character. Other than that, everything is still the same: the band keeps drawing from the same influences and still paints a similar sort of soundscape as they did on their previous recordings. Keeping their music on the tipping point between Sacramentum and Naglfar, with slight hints of Dissection and Necrophobic. Basically, it is highly versatile, Heavy Metal inspired Black Metal with lots of long stretched melodies and great guitar leads digging deep into that epic and melodic brand of Black Metal. The only false note is the last track, that title track breaks the flow of the album with a far too upbeat slant and really just seems misplaced.

‘Seventh Secular Crusade’ is pretty much the same as all Nazghor’s preceding work, definitely of high quality, but it does lack real hits. I really like the album, but it is rather hard to mention any real highlights – pretty much the same thing my VM-Underground colleague commented on ‘Infernal Aphorism’. But the question is whether that should be seen as a problem, as the full album flows naturally and just unfolds in a great listen.