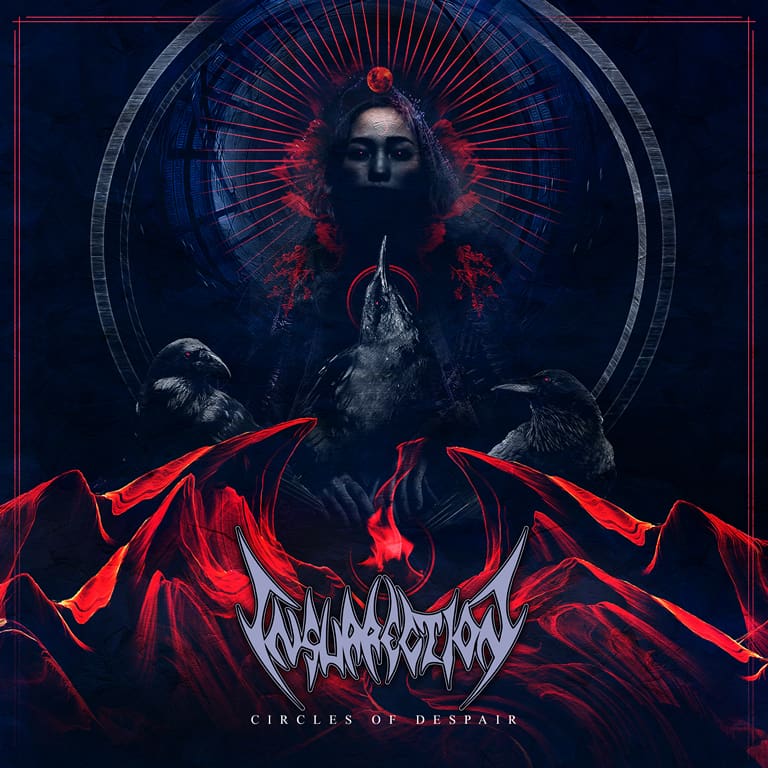 Insurrection have dropped a magnificent blend of a melodic death & thrash mixture with dashes of prog all working together with their debt full album “Circles of Despair”. It’s a marriage made in heaven for songs delivered from hell.

Each of the 10 tracks on “Circles of Despair” bring the aforementioned mixture of styles beautifully together which makes the album not only insanely heavy in parts, it’s also well balanced to provide something to listen to for all. Think At the Gates, In Flames Swedish type melodies combined with the pure riffathon that is Kreator. The lead off track “Enigma Machine”, “Futile Existence” and “Origin” will rip your face off with their fierce aggression and brutality while “Non Existant Fall” and “Comrades in White’ bring the melody while not compromising on complexity and heaviness.

Now I’m not sure if “Spiralling Down” is a lead in to the last and title track “On Circles of Despair” or is a track in itself but its 2 minutes of atmosphere that’s set by an acoustic piece with soundbites of the wind blowing in the distance. The lyrics are provided by the guitar work and transfer the feeling of pain without one spoken word.

This album is an amazing listen with vocals that range from raw and pain induced shrieking to guttural and anguished death stylisations. Sharp and precise riffs combined with precise lead breaks are wonderfully interspersed with refined and technical melodies. Outstanding blast beats bring the rhythm and slick production brings all this together to allow the mix to really show through the tremendous musicianship of the band.

“Circles of Despair” has truly allowed Insurrection to lay the groundwork for the musical direction they want to head in, and I think that they have effectively incorporated these ideas in an inspirational and positive way. (Longstretch)