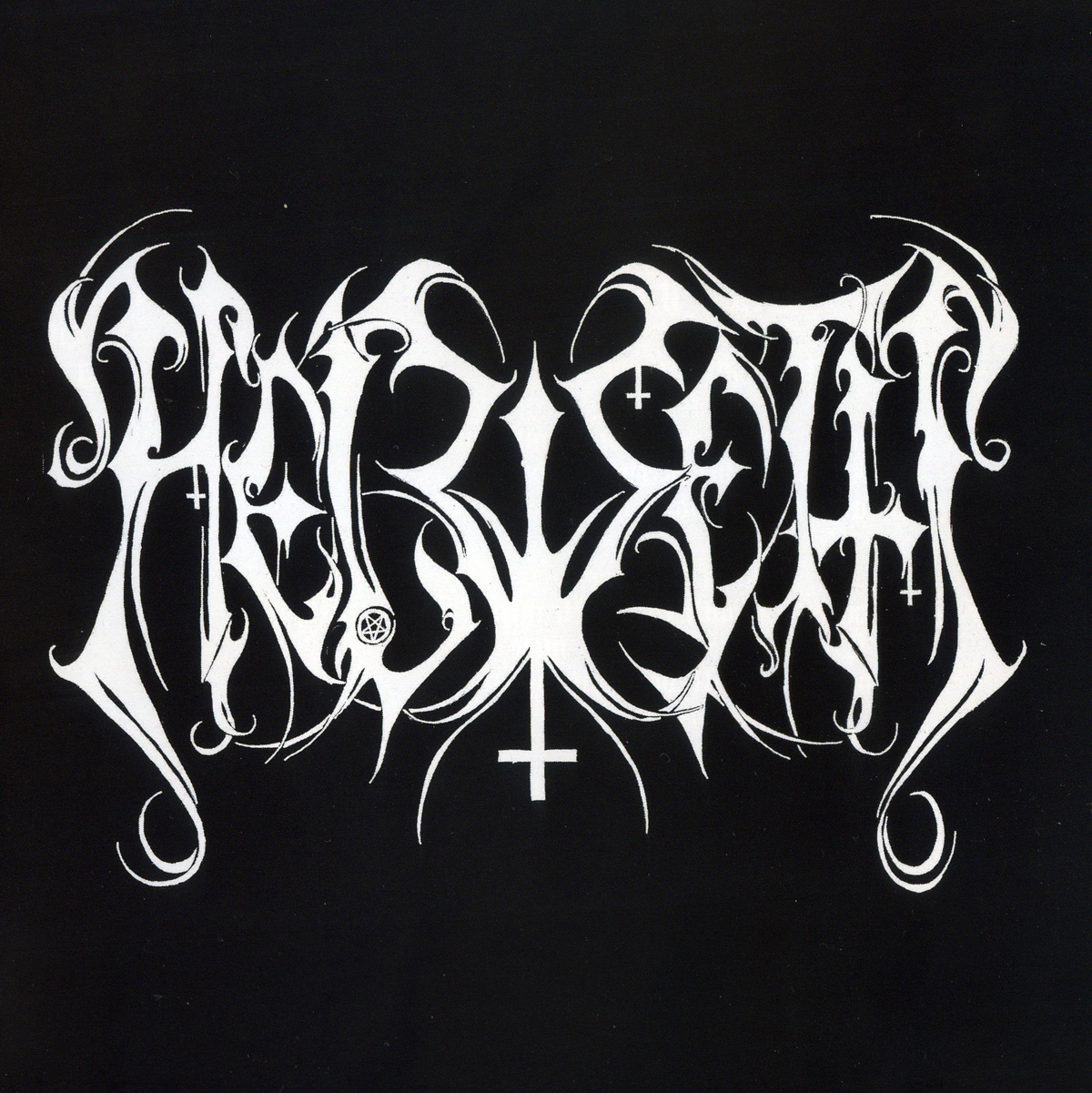 Over the years, the Finnish Black Metal scene has created quite the name for itself, spreading their unique take on Black Metal to the far reaches of the world. However, the music of many bands never made it much further than the country borders or their local scene, heard only by the handful of ears of tape traders or scene insiders. Much of this is documented in Tero Ikäheimonen’s fantastic book ‘The Devil’s Cradle’, a comprehensive story of the Finnish Black Metal scene. Contained within the pages is a wealth of influences, obscure material and cult acts. One such band is Helwetti.

Formed in 1997 by Desecrator, Stormcrown and Leppänen, Helwetti recorded their first demo, simply titled ‘Demo I’ in March 1998, followed by the 1999 demo ‘Unholy Extreme Black’. Both demos display straightforward raw Black Metal that at least sound as if they draw inspiration from Les Légions Noires bands such as Vlad Tepes, Belkètre and Mütiilation. The demos can hardly be described as groundbreaking, yet the material was appreciated by some members of the Finnish Black Metal scene for what it was. Finnish Black Metal was at this time still finding its own identity after Beherit, Impaled Nazarene and Barathrum had started to lay the foundations, so any formative Black Metal from Finland at the time could inspire other local musicians to further push the genre with their own bands. In the case of drummer Leppänen, it allowed him to join the other cult band and underground favourite from the municipality of Säynätsalo, Warloghe. In fact, all Helwetti members featured in the Warloghe live line-up at some point during these days. Of Helwetti, however, not another note was heard after the demos and the band was presumed dead. Until 2021, when seemingly out of nowhere the debut album ‘Helwetti’ was released.

That album is released by Illuminating Void Productions (Northern Heritage handles the distribution), a label that’s possibly equally elusive as the band itself. The label had been formed specifically to release Warloghe’s 2003 album ‘The Womb of Pestilence’ on CD and vinyl, and remained the only release on the label until the sudden appearance of the Helwetti debut album. And to complete a triplet of surprises, it is Warloghe’s Eorl Torht Tyrannus who appears on ‘Helwetti’ as a guest vocalist, as original vocalist Desecrator does not feature on the recording. It’s in part due to his recognizable vocals that ‘Helwetti’ does sound somewhat similar to Warloghe. But while Warloghe has emphasized melancholy more in particular on ‘The Womb of Pestilence’, the Helwetti material is closer to the raw and unpolished sound of the Warloghe debut ‘The First Possession’. Other than that, the songs presented here are still strongly inspired by the Les Légions Noires scene and a bit by Burzum. In addition there is this continuous eerie undertone which adds a lot to the suffocating atmosphere of the material, but it’s the simplicity and uncompromising nature of the raw Black Metal that harbours most appeal. While in particular the first demo wasn’t always so tightly played, in every regards this is the best Helwetti material yet. Drummer Leppänen pummels through the six tracks in unforgiving pace. The slightly atonal riffs rage towards the listener in highlight tracks like ‘Illuminated Above Time’, ‘Made Unto Death’ and ‘Strength From Human Veins’. And Eorl Torht Tyrannus’s croaking vocal delivery is similar to but a clear step up from Desecrator’s vocals on the demos in terms of intensity. Essentially, despite the 22 years that passed since the last demo, the band has lost none of that raw, youthful and hateful sound, yet sounds so much more mature.

At the time of their demos Helwetti certainly wasn’t the most original or influential band. Yet they struck the right chord for some Finnish Black Metal maniacs. More than twenty years later, the debut album isn’t going to propel the band out of the underground, and even if it did, the band ended immediately after the release. This is music meant for those same veterans and insiders of the scene. But those that remember the days of Helwetti are in for a treat. This is raw, unrelenting Black Metal from Finland in all its charming essence.