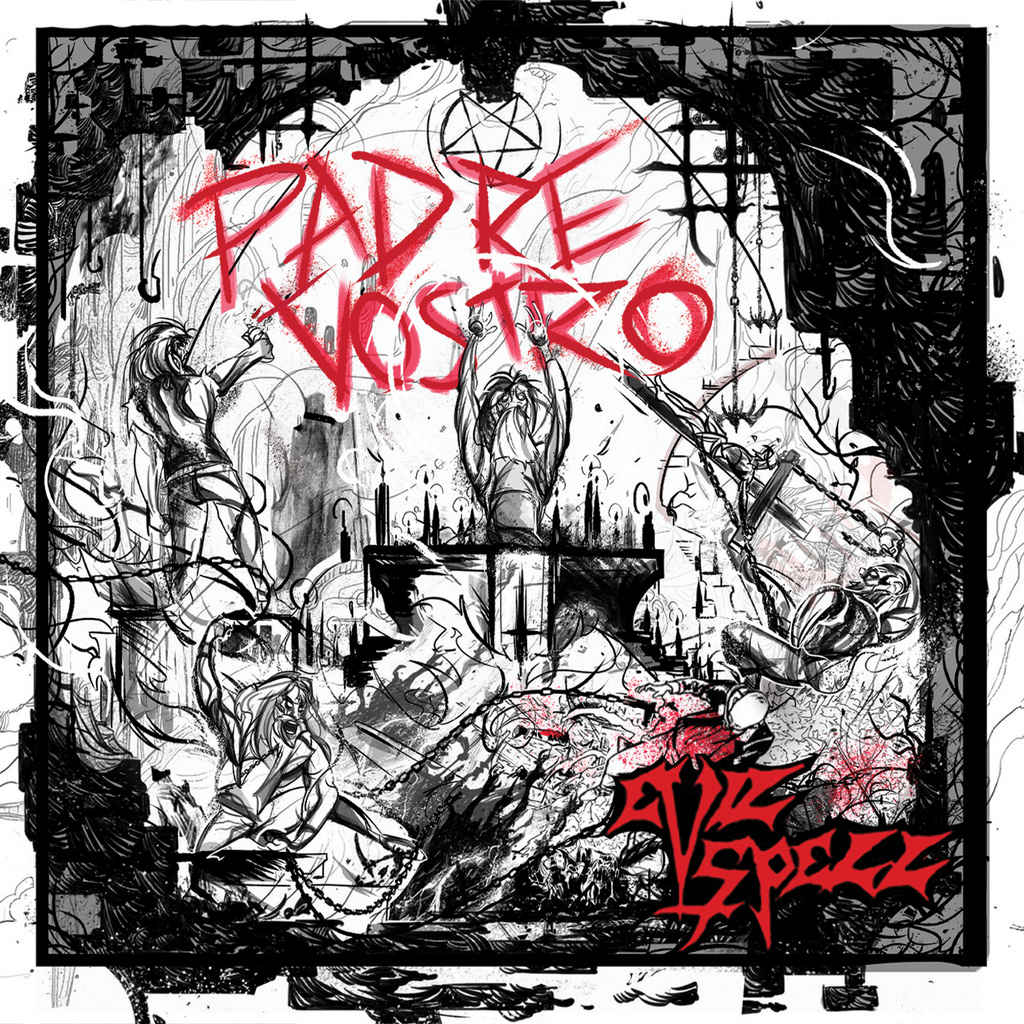 Seven years after their last sign of life, the Italian Black/Thrash Metal band Evilspell returned to the front in 2021, with their third full-length ‘Padre Vostro’, which, if Google Translate is not fooling me, translates to ‘Your Father’.

Despite some changes in the line-up, Dead Chasm’s Luigi ‘Gigi’ Corinto has replaced former bassist Fra, who decided to leave this world in 2010, this new album doesn’t make you believe that there was actually a seven year gap in between records. Evilspell just continues where they left off with ‘Necrology’. They are still cranking out beer soaked, simple as fck head banging metal. No frills, no bullshit, just metal. Ah well, okay, a bit of bullshit then maybe, those organs in the middle of the album are pretty much breaking the vibe. But as soon as ‘Antisocial Satan’ picks up the pummelling pace, with its screaming solos and barking vocals, you soon forget about those organs.

Nah, Evilspell isn’t bringing you anything new or remotely refreshing. On the very contrary, they bring you stinking, filthy metal that perfectly fits to those hairy, beerbellied ugly fcks in the band.